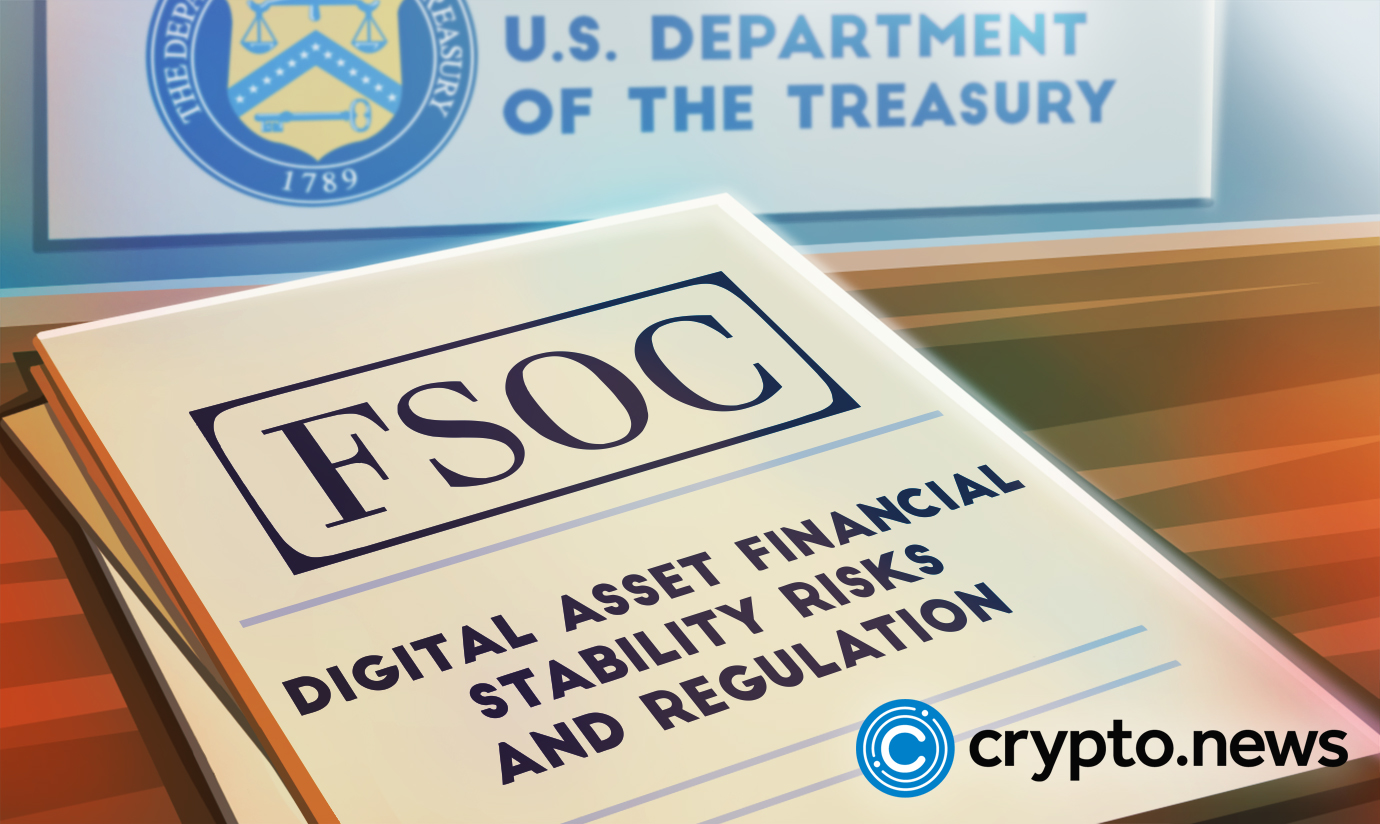 Following President Joe Biden’s executive order on cryptocurrency, the U.S. Treasury, through its agency, has released reports of the reviews of digital assets. The Financial Stability Oversight Council’s (FSOC) latest report aims to address the regulatory gaps in the crypto sector.

Council To Address the Risks of Crypto Assets

The document is an overview of President Biden’s executive order. Moreover, the report assesses financial risks and regulatory voids in light of the rapid adoption of cryptocurrency.

In addition, it seeks to provide recommendations to policymakers on how best to address the risks of crypto to broader financial stability.

According to Treasury Secretary Janet Yellen, the report is a foundation for the decision-makers to work on. The secretary added that the move to curb the financial risks of digital assets is a joint effort.

Yellen noted that the report is part of the Treasury’s and other agencies’ effort to complement President Biden’s executive order for the crypto industry. Moreover, the report indicates that crypto assets threaten the country’s financial system. Thus, the emphasis is on creating a robust regulatory framework and enforcing existing rules.

Furthermore, Yellen noted that it is essential for government agencies to collaborate to progress on the FSOC report’s recommendations.

The mass use and adoption of cryptocurrency have been a topic of discourse among authorities. As a result, the FSOC is mandated by law to identify risks to the United States’ financial stability.

It is also saddled with ensuring market specialization and reacting to the country’s financial system threats. The board comprises experts from the federal, state, and private sectors, nominated by the president of the United States.

Buoyed by the collapse of the Terra LUNA ecosystem in May, regulators are putting more effort into ensuring compliance by crypto exchanges.

Accordingly, the FSOC’s report calls for establishing a regulatory agency to oversee the transactions of crypto not deemed securities. The council noted that this could prevent market manipulation and conflict of interests between the Securities and Exchange Commission (SEC) and the Commodity Futures Trading Commission (CFTC).

Commenting on the calls for regulations, Yellen noted that innovations must come with guidelines. Otherwise, this could result in a significant negative impact on the financial system and individual investors.

The FSOC’s report names stablecoin as a significant area of focus. The council calls for a comprehensive framework from the federal government targeted at stablecoin issuers. In addition, the approach should also address market integrity alongside investor and consumer protection.

Moreover, the report cited Three Arrows Capital (3AC) as an example of the vulnerabilities in the interaction between crypto firms and market participants. It is worth noting that 3AC is now bankrupt after it failed to repay loans, which was not helped by the crypto market correction.

The fallout of the Terra UST paved the way for regulators’ continued scrutiny of the crypto space.

Meanwhile, the FSOC report aligns with the executive order signed into law by President Biden.