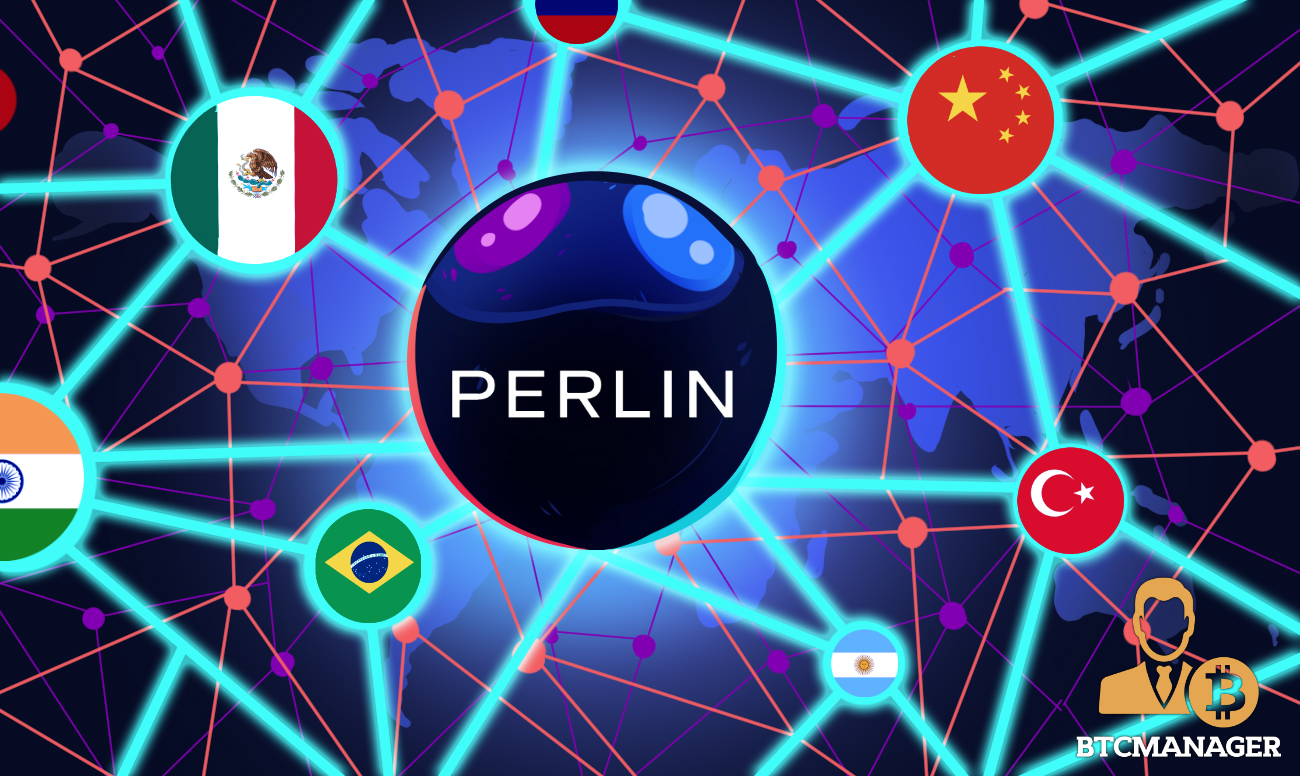 While most cryptocurrency projects promise to better the world, Perlin appears to be one step closer to making this a reality. Perlin’s mission to create a decentralized cloud computing marketplace may not only democratize supercomputing but could also provide an additional form of financial aid to anyone.

While “killing two birds with one stone,” is a difficult feat, Perlin believes that distributed, economically viable supercomputing is possible if the underutilized computing power in everyday smart-devices (IoT) is leveraged efficiently. Perlin is less than a year old, but their newly made partnerships and team places the company in a strong position to disrupt the oligopolistic cloud computing market.

Perlin is a decentralized cloud computing marketplace that enables people to sell their excess computing powers to others, by leveraging their underutilized compute power in everyday phones or laptops. The idea is to democratize supercomputing and allow anyone to have unlimited computing storage and access, making it an economically viable and globally accessible service.

In an exclusive interview with BTCManager, Trung Nguyen the co-founder and marketing lead of Perlin mentioned that:

“The name Perlin was originally inspired by the mathematician Ken Perlin, who is infamous for developing the Perlin Noise algorithm that takes gradient noise and generates natural appearing graphics we see in video games and motion picture animations. We see the same with idle-computing power as noise, and by aggregating it together, it effectively forms a coherent architecture that we can utilize that computing power form for high-demand cloud usage tasks.”

Perlin has ultimately set out to solve a large problem in the cloud computing industry.

The cloud computing marketplace is currently an oligopoly dominated by four large key players including Amazon, Microsoft, Google, and, IBM. Gartner reported that the cloud computing industry currently has a market valuation of $187 billion and is looking to reach $302 billion by 2021.

While smaller players are attempting to enter the market, only big vendors providing economies of scale can thrive in this industry. According to Cornell University’s blog, Game Theory in the Oligopoly of Cloud Computing, the business model of cloud computing service providers is also optimized if they increase their prices as other companies do the same. While collusion may be unlawful, it’s not illegal to increase one’s price based on other competitors’ prices.

With inflated pricing schemes and the demand for computing power and storage, growing in the future, researchers, developers, startups, and enterprises will incur significant excessive costs to power up the machines they rent from centralized cloud computing providers.

While increasing demand for computing power and storage will become a costly issue and a potential ceiling for many research projects, Perlin recognizes this situation as an opportunity, especially with the advent of distributed ledger technologies (DLT). Perlin is confident that they can create a decentralized network of unused computing power, and distribute this computing power to those who need it in the world.

Dorjee Sun, the Australian-born Chinese Tibetan serial entrepreneur, conservationist, tech investor, and co-founder of Perlin, mentioned to Quartz that the company will also provide heavily discounted rates as a way to onboard new companies onto the Perlin network. Sun is keen to have new companies and enterprises to come on board as early adopters of the new technology.

Simultaneously, Perlin allows anyone around the world to earn additional money. Anyone with an idle smartphone or laptop can leverage these resources to earn an extra income stream passively. More importantly, Perlin can also enable people with lower incomes to boost their bottom line. For example, anyone with a decent Samsung smartphone, from a woman in Vietnam to a man in Venezuela, could download the Perlin application and rent out the phone’s computing power at night. While asleep, these people could earn payment in the form of PERL tokens which can be converted into fiat currencies. Even at a discount of 50 percent from Amazon’s existing rates, Sun believes that a person renting their phone out at night, when asleep, could earn approximately $200 to $400 per year.

According to Sun’s Consensus Singapore interview, he said that with the paradigm shift in technology and cloud computing, he is excited to see the emergence of new decentralized economies. Perlin could theoretically enable smartphones to process computationally tricky and intensive algorithms collectively. These actions can contribute to growing areas of research from fields of science such as cancer research, genomic sequencing, climate change modeling, to even boosting artificial intelligence.

The Mechanism behind Perlin

Unlike many other cryptocurrency projects, Perlin uses a directed-acrylic-graph (DAG) ledger, a data structure that maintains a topological sorting. It has a series of nodes with directed edges between earlier and later nodes and is considered a great alternative to blockchain technology. A blockchain processes blocks of transactions, one at a time, while a DAG ledger can process many blocks simultaneously.

There are clear benefits and advantages to the DAG-based ledger with an Avalanche consensus. The Avalanche Consensus achieved 1,300 transactions per second (TPS) on a network with 2,000 nodes. It also received a median consensus latency of 4.2 to 5.8 seconds. Conversely, Ethereum has ten to 15 TPS with inconsistent latency times from minutes to hours. Eventually, Perlin’s ledger will also allow developers to create their DApps with security, ease, and scalability.

Sun also mentioned that Perlin was one of the first teams to build off the Avalanche Consensus and saw PoW as a centralized ecosystem. He went so far to say that it should be better coined “Proof-of-Waste” since it wastes a lot of energy to undergo mindless hashing algorithms.

While PoW is a more efficient and faster alternative, Sun was extremely impressed with the Avalanche Consensus, a new family of consensus protocols that emerged in May 2018. Sun said that while there are many merits to different consensus protocols and mechanisms, they are looking to build a “Proof-of-Wisdom,” a way to combine different computing resources, money, and interest to create a more equitable income distribution and decentralized cloud computing marketplace.

As for Perlin’s cryptocurrency token, the platform uses the PERL token. Enterprises, startups, and research firms will use the PERL token to pay people who rent out their computing power. The PERLS will initially be distributed as an ERC20 token. However, the PERL token will be exchanged with the company’s native token when the company launches their mainnet.

What Lies ahead for Perlin

According to Quartz, Perlin’s most significant challenge lies within its ability to identify their target audience. Perlin is currently testing a number of different industries such as oil companies which could run specific scheduled maintenance procedures and can undergo some potential downtime. In the event of a failure, Perlin however, also has a centralized backup cloud network.

Regardless of these challenges, Sun is extremely confident of the success of the Perlin platform. Sun emphasized that the team is working hard on executing and building out the technical mainnet and is focused on delivering a great product. According to their technical roadmap, the company would have released their mainnet by June 2019.

Quartz reported that the company has already partnered with the Indian Government and Telkom, Indonesia’s biggest telecoms provider. Perlin also has TechCrunch founder Michael Arrington, and Bitmain Technologies, the world’s largest producer of cryptocurrency mining chips, on board as investors of the company.

While Perlin is an extremely young startup with less than 12 people, the project is looking to grow and scale very quickly.