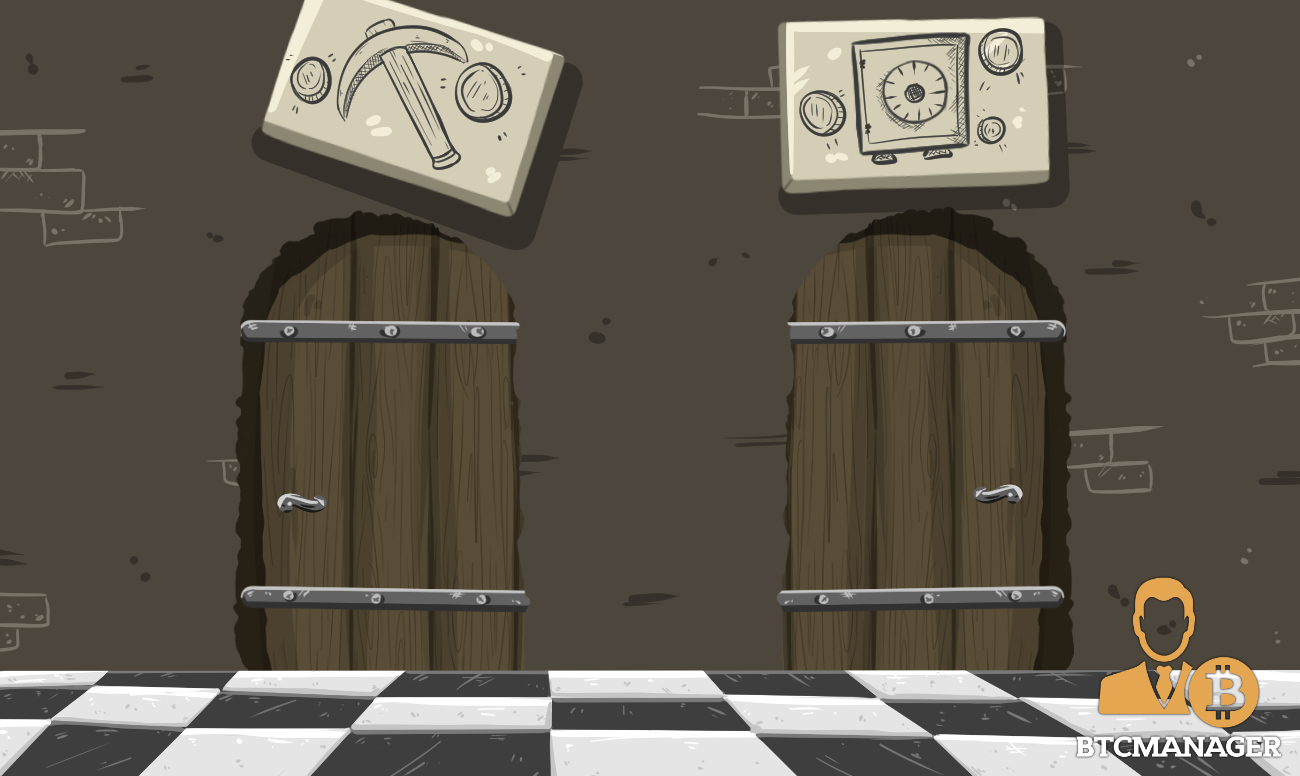 Over the past few years, awareness of blockchain technology has grown exponentially. Major institutions and key figures in business and politics are now aware of the technologies potential to decentralize our global financial and economic systems.

The long-term goal of cryptocurrencies and blockchain technology has been to achieve the coveted status of mainstream adoption. However in order to do this, the technology first needs to achieve the required scalability through consensus protocols.

A consensus protocol is the backbone of every blockchain; it is a set of codified rules that dictate how a distributed network of nodes arrive at an agreement on the validity of transactions made by participants.

Decentralized networks inherently operate without leaders. Therefore, it is vital that decisions can be made quickly and efficiently without any central authority controlling the network. The method in which this should be done has been an intense subject of debate ever since Bitcoin was invented by Satoshi Nakamoto in 2009.

Ten years later, developer communities all over the world have designed a handful of consensus protocols aimed at accomplishing speed, security and decentralization on the blockchain.

In this piece, we identify and analyze the 2 most popular protocols in this article, Proof of work and proof of stake. :

The original consensus protocol designed by Satoshi himself as a way to secure the Bitcoin blockchain; proof of work requires miners to validate transactions by solving a series of complex computation problems through the use of a powerful computer or mining rig.

Miners compete to validate these transactions, and the first to solve the computation problem wins a prize in the form of whatever cryptocurrency is native to that blockchain, which is also known as a ‘block reward’.

Once several calculations are successfully performed for various transactions, the verified transactions are bundled together and stored on a new ‘block’ on the blockchain. As more coins are mined, the complexity of the computational problems increases, making it more difficult for miners to win rewards.

Proof of work is actually considered by many to be the most secure consensus protocol. In order to hack a POW system and manipulate a transaction, the attacker would need to acquire at least 51% of the computational power of the network.  The cost of acquiring the hardware units needed to achieve this has been calculated to be over $1billion.

Even with all the Bitcoin competitors that have showed up in the past decade and promised better scalability and privacy, Bitcoin is still king when it comes to byzantine fault tolerant security, which is primarily due to how Bitcoin nodes arrive at consensus under a PoW system.

The problem with proof of work is three-fold: energy consumption, lack of scalability and mining centralization.

Running the nodes that validate transactions is a massive energy consuming process. In fact, it is estimated that the Bitcoin network uses 0.22% of the global energy consumption and more power than several developing nations. 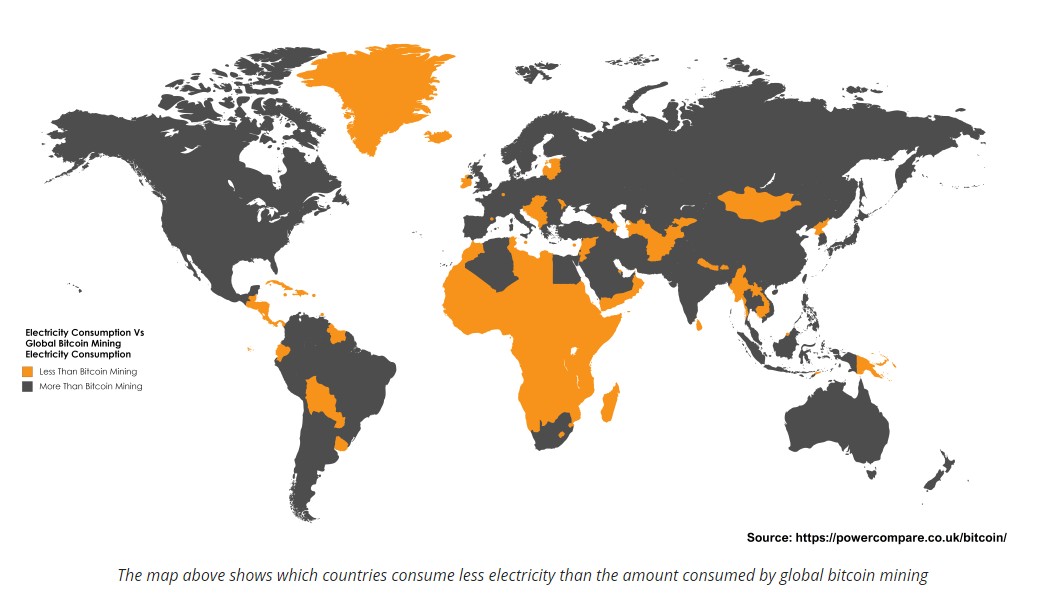 Furthermore, Miners take on the initial hardware and electricity costs when setting up these computer or mining rigs, and must offset these costs by earning cryptocurrencies when they are the first to successfully validate a transaction.

As a result of the massive hardware requirement, PoW systems don’t scale very well. Currently, Bitcoins only option for scaling is to develop ‘layer 2’ solutions like ‘Lightning network’, which only extend the capacity of existing blockchains so that transactions can be cheaper and more frequent.

Becoming the first to validate a transaction earns you a prize of 12.5 Bitcoin (or about $48k in todays price). This prize creates an incentive for miners to accumulate the most hardware in order to operate nodes with the hashing power to solve computation problems faster.

What ends up happening as a result of this incentive model is that certain participants accumulate far more hardware than others and end up monopolizing the mining process, leading to centralization.

This is demonstrated by the fact that Antpool and BTC.com (2 mining pools owned by the company Bitmain) account for about 30% of all the processing power on the global Bitcoin network. 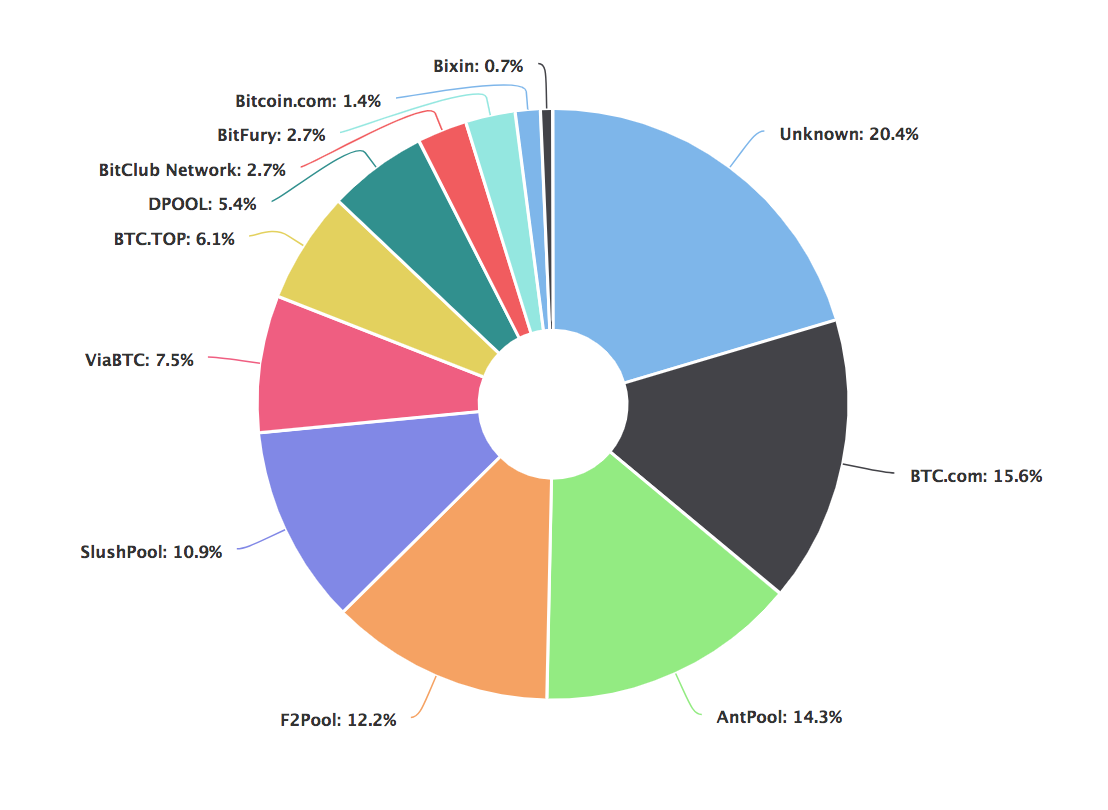 In a PoS consensus protocol, users ‘stake’ a certain amount of tokens as collateral in exchange for the ability to validate transactions in a new block of the blockchain. This insures that validators are incentivized to act honestly; otherwise they risk losing their entire stake if they attempt to manipulate the transaction process in any way.

Unlike PoW, the only requirement for participating in a PoS protocol is that you show ownership of a certain number of cryptocurrency units belonging to that blockchain. Blocks in a PoS system are ‘forged’ or ‘minted’, not mined.

With DPoS, the network votes in multiple “witness nodes” as representatives who help make certain high-level decisions more quickly without polling the entire network. Network participants use their voting power (which is based on the number of tokens they hold) to influence the voting decision for new witness nodes.

As quickly as witness nodes can be voted in, they can also be voted out by not performing their duties to secure the network.

The primary advantage of DPoS is speed. By nominating just 100 witness nodes, the DPoS has been proven to provide Blockchains like EOS with 50,000 transactions per second in Testnet.

In the past year, EOS has become the poster child for all things positive and negative about delegated proof of stake.

Last year, 27 block producers (or ‘witness nodes’) who are in charge of validating transactions and were voted into their position of authority were directed to end all transactions with immediate effect in an effort to stop several thefts. Although understandable considering the circumstances, many viewed this intervention as authoritarian, calling into question whether the whole DPoS system is really just another centralized power structure in disguise.

Overall, the debate about which consensus protocol is better seems to come down to how well the blockchain is able to balance faster transaction speeds with strong security, privacy and censorship resistance.

This challenge has been coined the ‘scalability trilemma’ by Ethereum Founder Vitalik Buterin, and it addresses the problem of how to develop a blockchain technology that offers scalability, decentralization and security, without compromising either one.