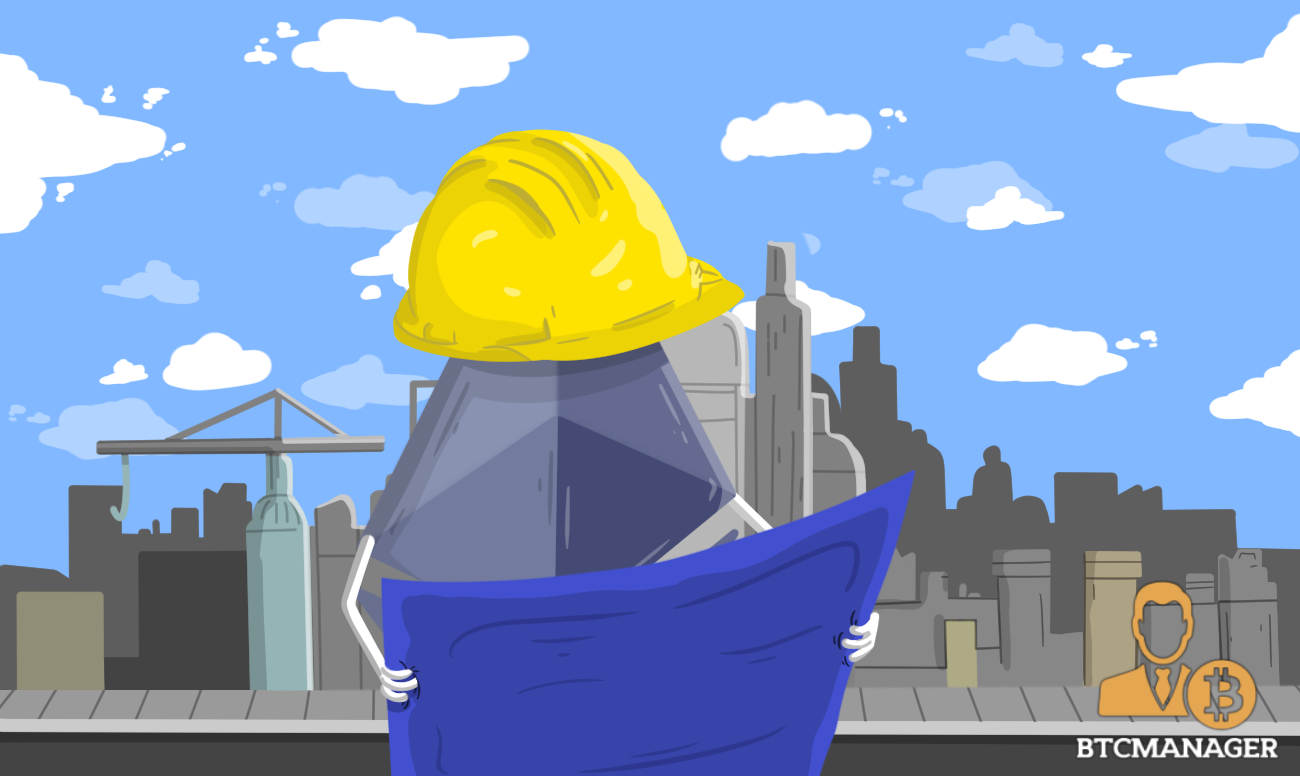 There are little things better in life than to be able to build your own city, complete with its own industries, markets, and even entertainment districts. While Generation X grew up with HTML5 platforms to build cities on, Millenials would clearly have the edge, as a company is fusing the best features of HTML5 with the futuristic blockchain technology.

Massive City Building on The Blockchain

Launching on May 21, 2018, Mega Crypto Polis (MCP) is a fully featured, high-quality graphic, blockchain-based city builder game. Making use of decentralized, shared databases as its underlying technology, Mega Crypto Polis would allow users to run the game via any web browser, including those on a variety of mobile phone platforms while storing in-game assets on the Ethereum blockchain.

Using the Mega Crypto Polis platform, players from around the globe would be able to build the city of their dreams and utilizing the famed security and transparency features of the blockchain. 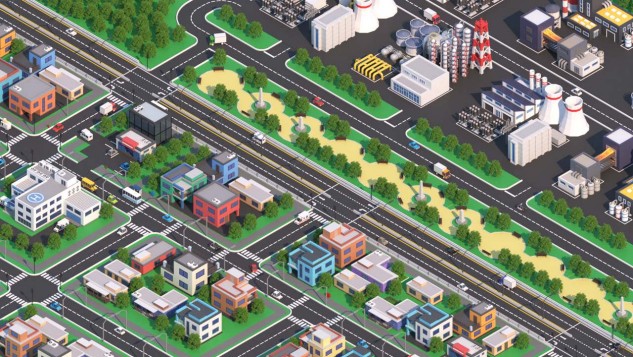 Moving a step above traditional city-building games, MCP players would be able to purchase land blocks on the decentralized city map using ETH, before proceeding to construct a range of buildings, such as commercial, production, or residential. Based on the type of building, “influence points” shall be generated, and this shall be in complete accordance to the building’s surrounding areas.

As per MCP’s White Book:

“Influence defines a player position in the global and regional district leaderboards, as well as his share in taxes to be received on an Ethereum wallet each gaming circle (24 hours).”

A salient feature of the game is that it is fully sustainable, and self-operating, meaning developers would not interfere in the game’s running after launch. Instead, the game very closely follows real-life, with each and every player action ultimately affect your own progress, thus, making it a competitive city-builder in its truest sense!

For example, building a residential building near a manufacturing facility would result in a lesser land value and subsequently lesser influence points. But, the presence of a commercial complex near a residential building would greatly increase the value of both types, as the game’s “residents” would enjoy a higher standard of living.

The initial cost for a single block will start from 0.015 ETH, with all blocks being hardcoded to rise up to 7.5 ETH – once all neighboring blocks are sold. 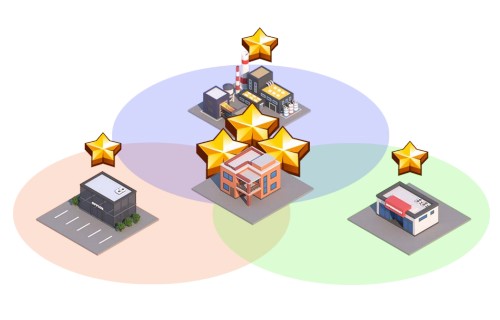 In short, MCP is arguably the world’s largest, and most impressive decentralized city-builder game, and only has one limit; of having no limits!

In essence, every completed block of land is represented as an ERC721 tоken on the blockchain, and this can be transferred and traded like a cryptocurrency, or integrated as a ‘block’ on external marketplaces. Furthermore, if a new player purchases an available land block or builds a mega-structure on a block around constructed blocks, a smart contract raises the price of the surrounding blocks of land. 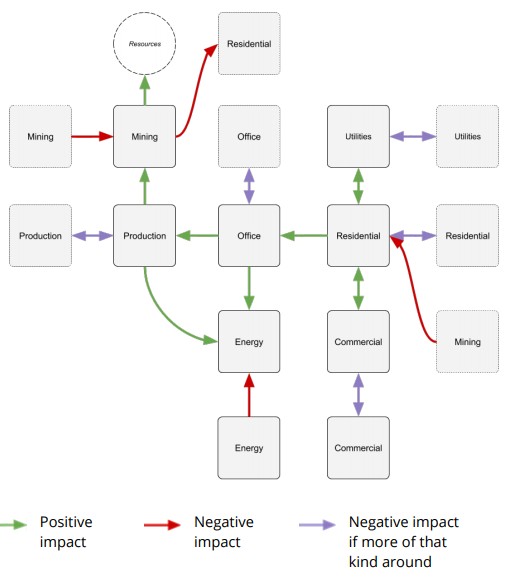 The game enforces a tax on players based on the assets they own, and other key decisions, to fully simulate a one-of-a-kind city-building experience. Taxes are collected in the form of ETH.

Furthermore, all collected taxes form an in-game district’s “Regional Budget,” and all regions together form the map-wide Federal Budget.

Shown below is the game’s algorithm for tax collections: 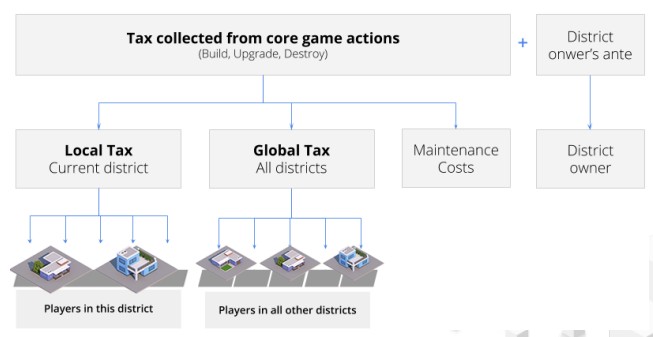 A smart contract operated bounty is inbuilt to allow serious gamers to win exclusive land block areas, will be randomly distributed to registered users before the game’s launch.

A time-limited incentivizing campaign will reward the most active members of the Mega Crypto Polis community.

Participants can increase their chances of receiving a bounty fulfilling a number of actions, such as joining MCP’s social channels, spreading the word on social forums, and writing about the game.

The Bounty Campaign can be registered here: https://megacryptopolis.com/bounty/

You can get in contact with the team via the following methods:

BTCManager does not endorse any content or product on this page. While we aim at providing you all important information that we could obtain, readers should do their own research before taking any actions related to the company and carry full responsibility for their decisions, nor this article can be considered as investment advice.