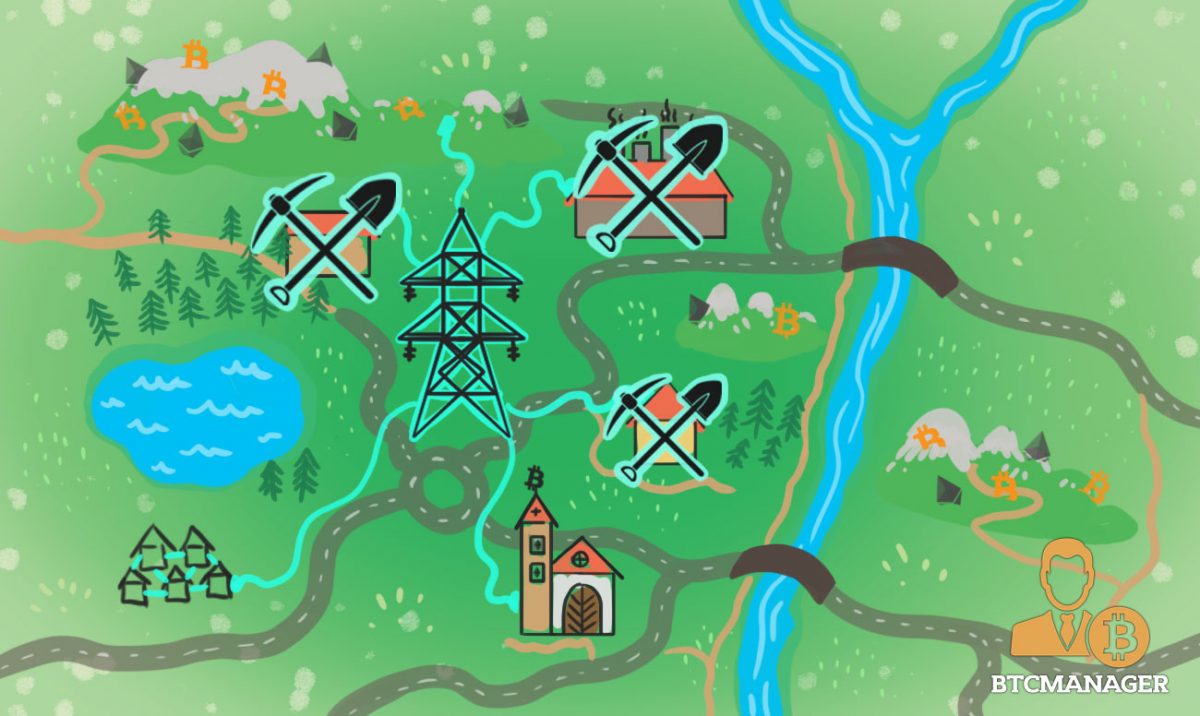 The Sichuan mountains located in China, the Columbia basin that runs through Seattle and Grindavík in Iceland all have something in common. Though these places are hundreds of miles apart from each other, they play a significant role in keeping various cryptocurrencies running. These locations host the world’s most extensive commercial digital currency mining operations.

Crypto Mining is Taking Over Globally

It is estimated that there are more than 100,000 people globally who contribute to the cryptocurrency mining network. The number of miners may be large, but the highest share of the total mining resources are held by the most extensive miners who have successfully made commercial mining rigs. These commercial mining farms have popped up in locations far and wide as miners search for cheaper electricity to keep the machines running. It has been reported in Digiconomist’s Bitcoin Energy Consumption Index that bitcoin’s current estimated annual electricity consumption is 29.05 billion kilowatt hours (kWh) which is more than the total electricity consumption of 159 countries. It is also estimated that electricity used by processors involved in mining will exceed the energy demand of Ireland in 2018.

Mining bitcoin was not a tough task in the early days. When bitcoin was launched in 2009, it was the first proof of work application that used computational resources to verify transactions that would take place on the network. The verification would be done by so-called ‘miners.’ Back then, it was completely feasible to mine bitcoin on desktop computers, but as more miners joined the network, they pushed up the mining difficulty. As a result, mining was no longer economically viable on consumer grade hardware.

How Much Electricity Does Mining Really Consume?

Take the city of Eastern Wenatchee, a small city at a three hours drive from Seattle, which has turned into a significant bitcoin mining hub. At two to three cents per kilowatt hour, electricity here is extremely cheap and the temperatures here are also low, which help in keeping the computer hardware cool. Old warehouses and now shut-down factories were a perfect place for miners that began arriving here since 2013. Back then, electricity was still cheap, and abundant.

A mining rig that consumed five megawatts of electricity would have made $140,000 every day when bitcoin prices were at their peak in December 2017.

China and Ireland are also home to some of the most prominent mines. According to a study, these mines draw several megawatts of electricity which would otherwise be sufficient to light up a thousand houses. There are also concerns that the electricity being used for mining could result in a significant increase in bills of other users too.

Utility companies situated along the Columbia basin keep drawing prospective miners from far away lands as well. However, authorities are now also beginning to view bitcoin mining as a threat. Citing commercial reasons, the council of Plattsburgh recently slapped an 18-month moratorium on all forms of commercial cryptocurrency mining.

Nevertheless, cryptocurrency mining is not all bad. If we look at the capacity utilization of all these power stations, we realize that most of the electricity produced was exported to the larger nearby cities at a premium and that there were no real long-term contracts where the producers could sell this excess power. In a way, bitcoin and cryptocurrency mining have opened up a new business model for these power companies too.