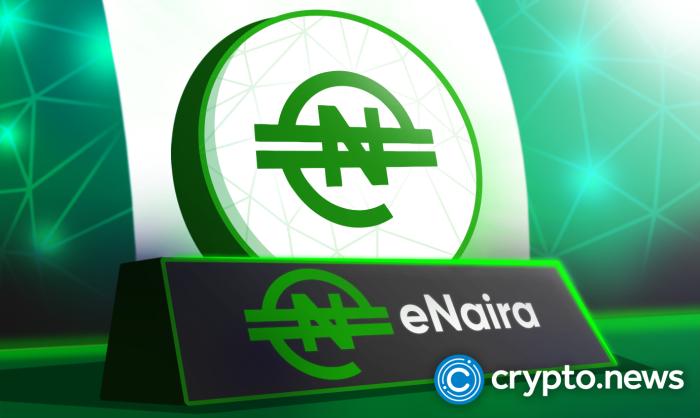 Nigeria is seeking to double the number of users of its digital currency before the end of the year by wooing more unbanked people. The Central Bank of Nigeria (CBN) launched the e-Naira in October 2021, and it has been downloaded 840,000 times with a meager 270,000 active wallets to date.

The banking regulator rescinded its directive last year after the initial decision to ban cryptocurrency in the most populous black nation. The launch of the government-controlled e-Naira signaled a shift by the regulator to accommodate digital currency in the country.

The CBN governor, Godwin Emefiele, has reiterated the desire of the government to increase the adoption of its digital currency. Accordingly, the country’s digital asset adoption rate has not been encouraging.

Notwithstanding the relative success recorded so far, the regulator has kickstarted the second round of expansion in partnership with private sector players. The central bank governor disclosed that the second phase aims to drive financial inclusion by onboarding unbanked users.

As a result, expectations for the success of the second phase are huge because about 8 million more users are expected to be onboarded.

As the largest economy in Africa, with a gross domestic product (GDP) of nearly $430 billion, Nigeria is home to one of the least banked people on the continent. According to official estimates, roughly 40% of the population is without bank accounts.

This represents 59 million of the adult population in the country. Thus, the CBN is working towards addressing the gap. The introduction of central bank digital currency (CBDC) is regarded as the perfect solution to tackle the issue, given the rise in crypto adoption in the country. The regulator is seeking to onboard 8 million more people to begin using the e-Naira in the latest expansion round.

Furthermore, the expansion will begin later in the week, when both banked and unbanked citizens can open an e-Naira seamlessly. The central bank has simplified the process to make it easy with the touch of four-digit numbers on mobile devices.

The country became the second to introduce CBDC, following the Bahamas, after attempting to stifle the growth of cryptocurrencies by barring accounts from transacting in digital assets. However, the ban failed to achieve the desired effect as crypto adoption shot up before the CBN made a U-turn.