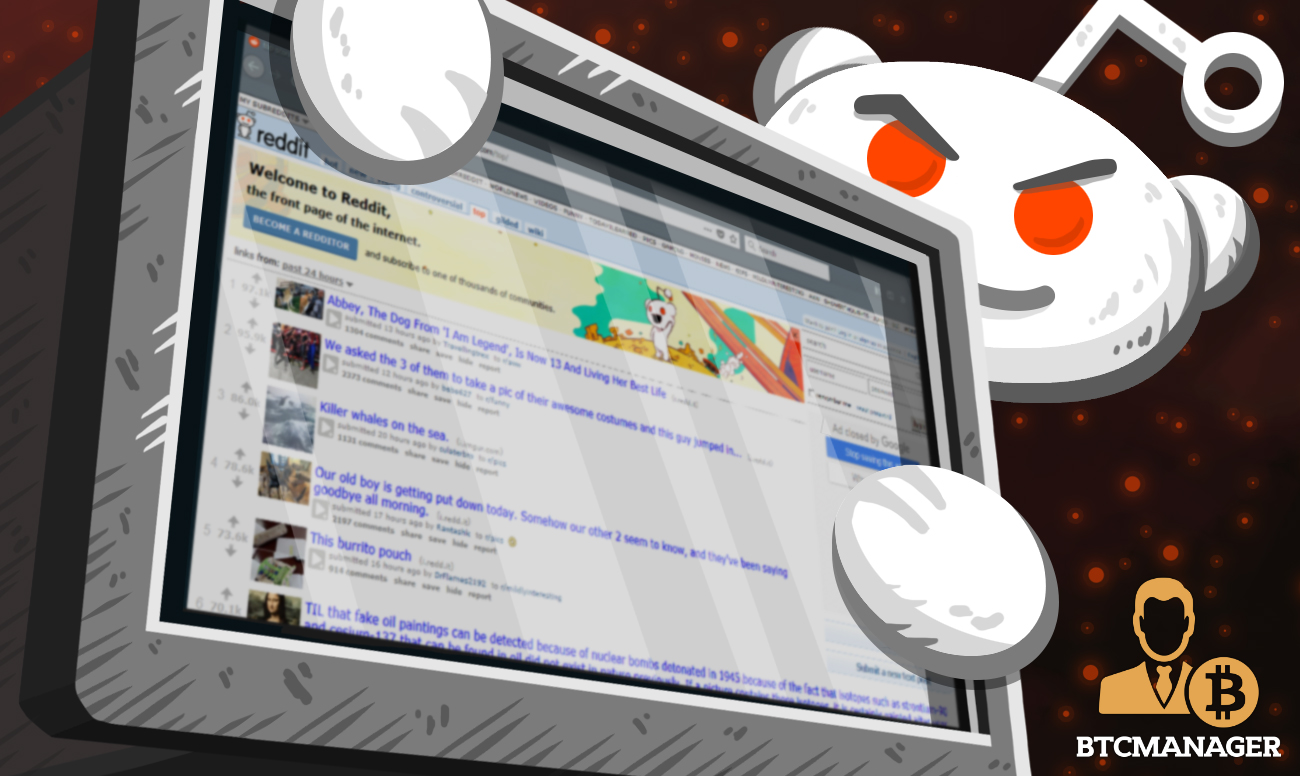 The shadowy world of spam marketing and sock puppeting on behalf of cryptocurrency and blockchain projects has hit the headlines for its impact on Twitter users. The ubiquitous “crypto giveaway” scam has targeted everyone from Roger Ver to Pope Francis. Less known is how this complex shilling operation functions on sites like Reddit and Bitcointalk, which are even more critical to the success of crypto projects.

Reddit bills itself as “the front page of the internet” and takes pride in providing a platform for people to say anything and create online communities for themselves, keeping censorship to the absolute minimum required by law. For this reason, the only real mechanism that exists to serve as a quality filter, that which signals to new viewers what is “good” content or otherwise, is the little arrow icon next to every post.

Upvoting a post on Reddit has the same effect as “liking” a public tweet or a Facebook post, in that it ensures that more viewers will see it. In the absence of heavy-duty human moderation, the Reddit content algorithm only has upvotes and downvotes to go with as data markers for what to hide and what to promote. This, unfortunately, creates an obvious incentive to game the system by obtaining illicit upvotes to boost a post, or downvoting a post unfairly to hide it.

A Reddit user named “Aaron” according to a Vice report may have provided the clearest insight yet into how a widely suspected but hitherto unproven practice of Reddit “Astroturfing” takes place to promote cryptocurrency and blockchain projects and make them artificially famous for gathering investment or boosting the project’s SEO.

Aaron is not only active on Reddit but also has a presence on Bitcointalk, where according to his own post on the forum, he is trying to recruit more users to join his vast sock puppet marketing network. His astroturfing tactics include orchestrating upvoting campaigns for posts he has been paid to promote and distributing positive articles and blog posts about the crypto project he is shilling using his network of dummy handles and affiliates.

“We’re able to give any project access to thousands of potential investors through mass-promotion. If any of these services interest you, please get in contact with me. We specialize in large-quantity posts, upvotes, comments, articles, reviews, followers, traffic, click-throughs, backlinking, SEO, and more. The team is flexible and can complete a variety of marketing tasks.”

A Reddit mod contacted by Aaron to help with his conspiracy further revealed to Vice that he even provided a detailed spreadsheet listing out his operations across r/Cryptocurrency and other sites including Medium and Bitcointalk. Worse still, when contacted for comment by Vice, Aaron did not deny running the operation but instead asked: “Will I get paid for this interview?”

An excerpt from the Vice article describes the spreadsheet:

“The spreadsheets are well organized, with columns for each account’s proxy IP address—if too much suspicious activity comes from any single IP address, Reddit may block it, so the spammer seemingly uses a unique IP for each account. A single account using a slew of different IPs, with its owner seemingly jumping all over the place, can also be suspicious.”

In August, BTCManager reported that the crypto scam epidemic on Twitter became important enough to get Elon Musk’s attention. Amidst the attention that Twitter’s astroturfers get, it would seem as though the problem is one that will take more than merely an algorithmic ban on dummy accounts to go away.

While people like Aaron exist within the crypto space, keeping meticulous records and carefully orchestrating entirely false content popularity within the areas where opinions are formed, the industry has a serious problem.