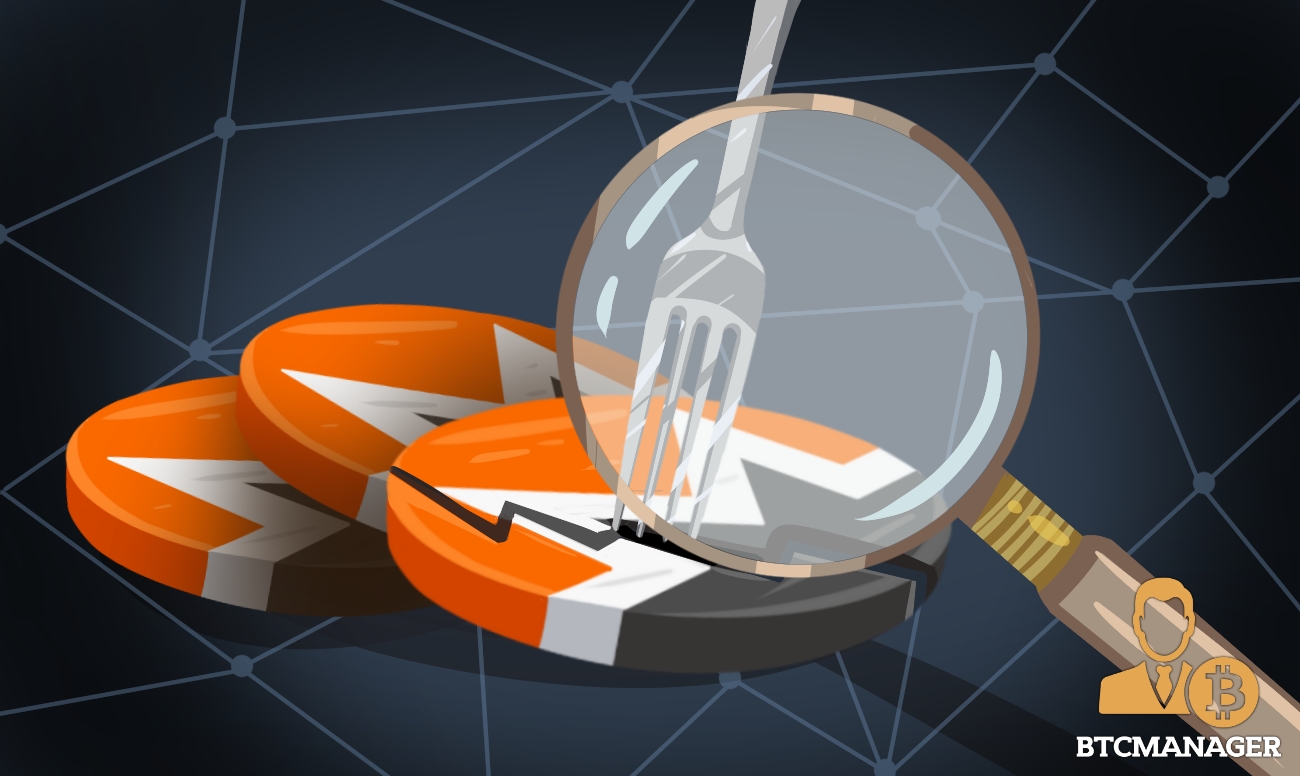 In this Guest Post, Noah Pierau from Decred outlines his views on the aftermath of the Monero hard fork.

Every now and then, the ASIC debate stirs up the blockchain community. The most recent stir was caused by the scheduled Monero hard fork. While the ASIC (application-specific integrated circuit) debate is certainly interesting, the aftermath of the hard fork also demontrates the importance of blockchain governance. In this guest post, I will analyze the Monero hard fork from a governance perspective, highlighting the risks of sustained chain splits and showcasing existing blockchain governance solutions.

Monero is a digital currency with a strong focus on privacy and anonymity. They have an active and decentralized development team with contributors from all over the world. As a part of their blockchain development process, they have a tradition of hard forking once every six months to upgrade the consensus code. The latest hard fork (version 12) introduced several new features such as multi-signature transactions and hardware wallet support. The recent hard fork also introduced a tweak to Monero’s PoW (proof-of-work) hashing algorithm, a backward-incompatible change that made all existing ASIC mining hardware useless.

Just like any other public PoW blockchain, the Monero community was stirred up by the ASIC debate. The biggest fear of the anti-ASIC camp is that chipmakers such as Bitmain could establish a monopoly over ASIC miner manufacturing. This could make blockchains vulnerable to censorship and could lead to rule-changes being dictated by a single central authority. However, there are also benefits to having ASICs on your network. Specialized hardware is extremely efficient and more reliable than home-built miners. Additionally, ASICs are algorithm-specific, which could align miner incentives better with a specific project. Last but not least, an ASIC-mined network is more expensive to attack. Whether you support ASIC miners or not, it is clear that the anti-ASIC changes were contested by some and caused somewhat of a fracture within the Monero community. As a result of the latest hard fork, several projects decided to split from the main project:

These five (!) projects are a direct result of the scheduled Monero hard fork. They all decided to stick with Monero version 11 rather than upgrade to version 12. An additional project (MoneroV) announced it would fork away from Monero, although they have waited with splitting until after the the version 12 hard fork. It remains to be seen whether all these projects will manage on their own, but one thing is clear; sustained chain splits pose a risk to the success of the original project.

Why Sustained Chain Splits are Dangerous

One of the biggest issues with a sustained chain split is brand dilution. Which chain is considered to be the real Monero? And will the brand confusion between the multiple competing versions of the blockchain damage the confidence of investors and hodlers? These are questions that cannot be answered with a simple software patch. Instead, they require strategic decision-making on the part of developers and industry leaders with regards to branding and public relations. Ultimately the market decides which version is adopted as the “real” Monero.

The second issue is related to centralization of ideas within the projects. Successful blockchains have active community members who contribute to the growth of the network. Projects use marketing and promotion to get people on board. An easy target are the community members from the old project who resonate with the new ideas. Each time a blockchain splits, the forking project drains the alternative and novel ideas out of the legacy project. This has previously happened with Bitcoin Cash, Bitcoin Gold, and Ethereum Classic. The importance of having different ideas in a project becomes obvious if we look at the mechanisms behind evolution: projects that have a diverse set of ideas are more likely to survive in the long run.

The third and final issue with sustained chain splits is the loss of development capacity. Every project needs developers who maintain the code and implement new features. When developers with expertise and experience decide to move to a new project, it could create significant problems for the old one. As stated, it is important to note that not all hard forks lead to sustained chain splits. Sustaining a blockchain project requires more than simply splitting the chain. However, it is evident that we need governance solutions to avoid sustained chain splits as much as possible.

On-chain governance means that the blockchain includes a formal process to update the consensus rules. According to Vlad Zamfir, it refers to the idea that the nodes update automatically when the network has decided on the upgrade and when to install it. In contrast, off-chain governance does not take place on the blockchain. It refers to the process of proposing, funding and building the software. As Vitalik Buterin notes, it still requires users to actually download and run the software that implements a given upgrade, which means that the project is still vulnerable to chain splits. While off-chain governance is the status quo for most blockchain projects, on-chain governance provides better protection against sustained chain splits.

Several projects are determined to solve blockchain governance. Cardano and Tezos both promised to implement an on-chain governance system, but at the moment of writing, neither of them has a functioning public blockchain. Dash and several other projects have successfully implemented Masternode systems that help govern the network, but changes to the consensus rules are still enforced by the core development teams. So far, in the author’s opinion, the only project that has successfully implemented trustless on-chain governance is Decred. To understand how we can update the consensus rules while avoiding the Monero scenario, we should examine this functioning governance model.

Decred has developed an innovative hybrid PoW and PoS (proof-of-stake) blockchain. PoW miners have the same role as the miners in Bitcoin and Monero. New are the PoS voters, who verify whether the PoW miners have applied the most recent consensus rules. Proposals to change the Decred consensus rules are settled with an on-chain vote. Before the vote, the changes are included in a new version of the software in a dormant state. The vote begins when a majority of the network is running this new software and lasts for 8064 blocks (roughly a month). The proposal passes when 75 percent of the non-abstaining voters vote Yes. The accepted changes activate automatically after another 8064 blocks, in order to give the remaining network participants time to update. With this system, Decred is more resistant to forks without majority stakeholder approval. Furthermore, the Decred project has introduced Politeia to streamline the off-chain governance processes. The novel blockchain governance model of Decred has proven itself multiple times and has successfully protected the network against malicious chain splits to this date.

The aftermath of the Monero hard fork provides an excellent example of why governance is such an important theme for blockchains. Sustained chain splits resulting from (scheduled) hard forks can endanger the success of the original project. Blockchain governance has the potential to streamline the process of updating the consensus rules while minimizing the risk of sustained hard forks.

It is clear that there are multiple different implementations of blockchain governance, all of which deserve to be explored. The Decred project is a pioneer in this field, showing the world that trustless on-chain governance is possible. Vitalik Buterin has pointed out that relying on one form of governance has its limitations, and has advocated the use of “multifactorial consensus” in which the ultimate decision depends on the collective result of multiple governance mechanisms. To stick with the example of Decred, it is wise to combine on-chain governance with coordination tools such as Politeia. Last but not least, it is important to view governance as a process; it should evolve and adapt to the community of a project. Experiments with governance will certainly help to find the best solutions, and together we can bring blockchain governance to the next level.