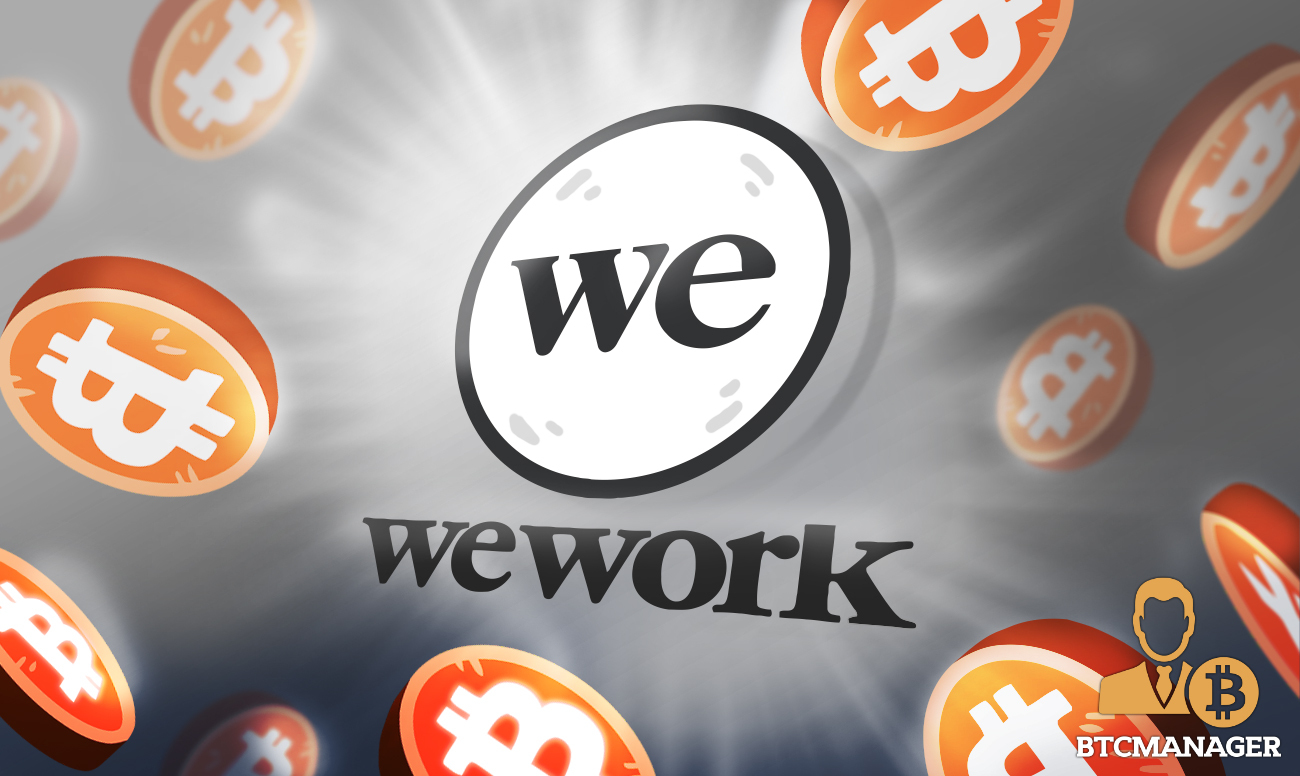 Commercial real estate company and flexible workspace provider WeWork has become the latest company to start accepting bitcoin and other cryptocurrencies as a method of payment.

According to a press release on Tuesday (April 20, 2021), WeWork stated that it would enable clients to make payments using bitcoin and select crypto assets. Major U.S. cryptocurrency exchange Coinbase would be the first client to pay for its membership with crypto.

As stated in its official announcement, WeWork would accept four cryptocurrency assets, which include Bitcoin (BTC), Ether (ETHl, Paxos (PAX), and the stablecoin USDC. Also, the company would partner with crypto payments provider Bitpay, for the latest development.

Apart from accepting crypto payments, WeWork said that it would also hold crypto, although the company didn’t mention the exact token(s). In addition, the commercial real estate firm plans to pay landlords and third-party partners with cryptocurrecy through Coinbase.

WeWork becomes the second company to accept cryptocurrency as payment and also hold crypto. Electric vehicle manufacturer Tesla, made a similar decision back in March after it announced that it would accept BTC as payment for its products and also hold the biggest crypto asset.

Other companies have also accepted crypto payments for their services. As previously reported by BTCManager back in March, the Kessler Collection, a U.S. luxury hotel group, revealed that it enabled crypto payment across its hotels.

In the same month, car dealership company HGreg also started accepting BTC and other cryptocurrencies. Recently, e-retailer firm Newegg announced it was enabling support for DOGE on its platform.

Commenting on the company’s foray into crypto, Sandeep Mathrani, CEO of WeWork, said:

“WeWork has always been at the forefront of innovative technologies, finding new ways to support our members. It only makes sense for us to expand on the optionality we provide by adding cryptocurrency as an accepted form of payment for our members.”

Marcelo Claure, chairman of WeWork and CEO of Softbank Group International, also commented on the latest development, stating that he was excited with the company’s addition of crypto into its payment options. Claure added:

“Cryptocurrency helps build a stronger global economy and WeWork’s announcement demonstrates the company’s commitment not only to innovation, but also to being a globally-focused business.”