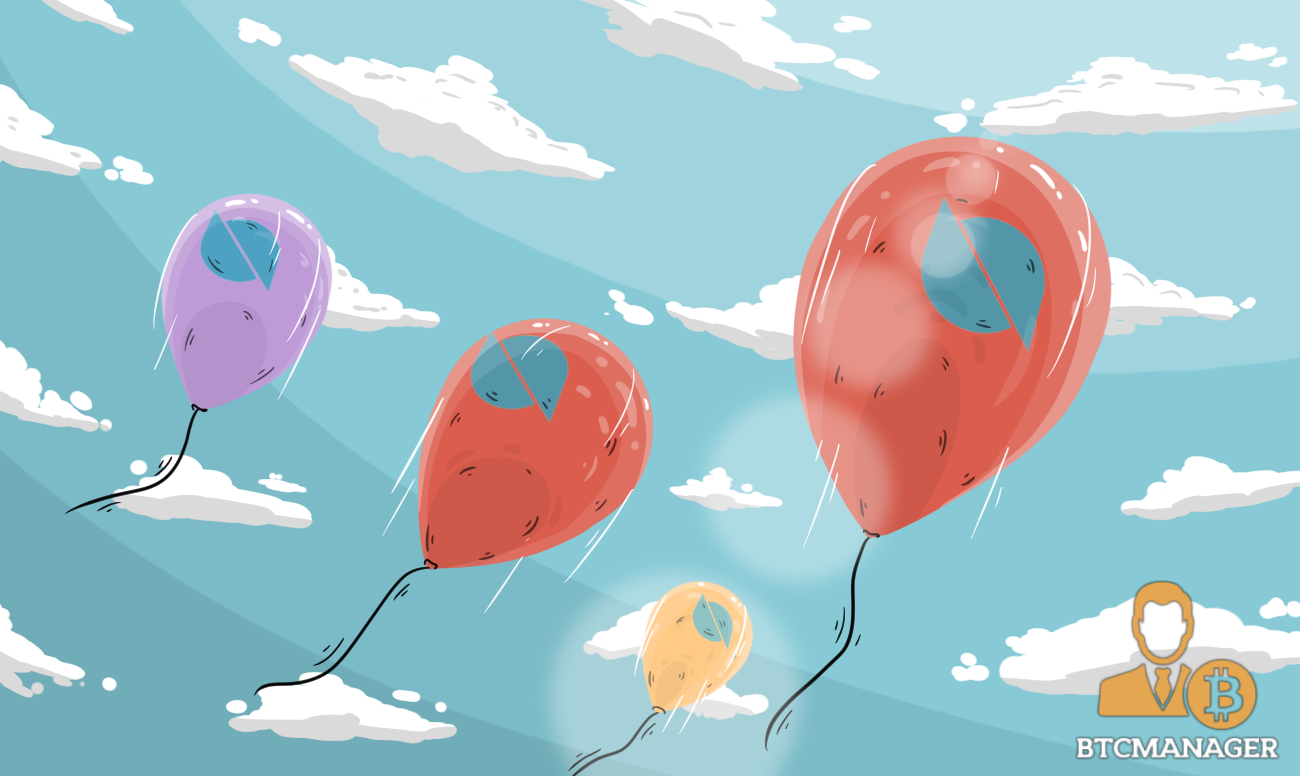 While blockchain technology continues to be lauded as one of the most revolutionary and disruptive inventions of the 21st century, a significant number of corporations are still hesitant to make a move towards systems based on this novel innovation.

The lack of interoperability between legacy systems and the blockchain is one of the critical reasons for this lack of adoption. Besides, real-world situations are complex, and the protocols set in place within blockchain systems may not (yet) be able to fit the relevant criteria adequately. This is especially poignant when it comes to establishing trust when there are many different sources of verified data.

In Ontology’s technology white paper, they have cited that “Trust and collaboration between entities involves multiple sources and isolated systems, which means it can be costly, and therefore hinders the breadth and depth of collaboration potential. Although the technology has advanced a great deal in recent times, too many factors are still hindering collaboration with trust. These include fragmentation of trust systems, the missing role of the individual, inaccurate identity verification, inability to dispute false information, [and the like]. In areas such as social governance, economic cooperation, and financial services, the cost of establishing trust is huge.”

Because different corporations across industries will have different systems in place for verifying data based on requirements specific to that sector, it is an expensive and time-consuming affair to attempt to rework entire systems.

“The variety of trust mechanisms at hand today have indirectly become the weakness of today’s trust systems. Building a network which integrates the fragmented industry is needed to build a true and complete trust system. The decentralized, tamper-proof blockchain has brought trust through technology to certain industries, however, further integrative mechanisms are needed to join together diverse trust systems and applications into a single new trust ecosystem.”

For blockchain technology to grow and be adopted, corporations must either standardize their trust mechanisms, or blockchain solutions must be able to work with many different trust systems without compromising any of the inherent features of the blockchain.

The Chinese blockchain project Ontology (ONT) has created a platform through which it is possible to integrate different trust systems. The company’s ethos, found in their introductory white paper, indicates that “Ontology has architected a distributed trust system. It incorporates multiple trust types in an integrated protocol system with various blockchains and databases. Multisource identities and multi-source data exchange protocols have been implemented into the network, building a distributed trust system that is cross-chain, cross-industry, cross-system, cross-application, and cross-device. Ontology aims to develop its trust ecosystem through partnerships to provide distributed services including distributed communities, data verification, data exchange, and credit across industries.”

Ontology is a network of blockchain-based systems. Using distributed ledger technology (DLT) as the base, it is possible to deploy DApps and smart contracts on it. However, in contrast to other smart contract platforms like Ethereum, the project is unique due to its compatibility support. The introductory white paper continues:

“At Ontology’s foundation is a fully decentralized ledger system that includes smart contracts and security protocols. Ontology provides compatibility support for complex technological systems, whether that be existing blockchains or tradition information systems. All systems feature decentralized entity management with support for main protocols and different password standards. Ontology also provides systems for secure data storage, hardware options for key management, and encrypted data analysis. Together this creates an application platform that allows for all kinds of services to become decentralized.”

The network is supported by proprietary systems designed by the Ontology team. These systems work to ensure the network retains the benefits of blockchain technology while still allowing for a significant amount of customization. This makes their product an enterprise-ready network.

At the center of Ontology is its proprietary distributed ledger architecture. This infrastructure is designed to function as a whole to fulfill the needs of its users. The system is composed of the Core Ledger, a smart contract apparatus as well as a security framework. The Core Ledger is essential within the network as a result of its storage functions within the network’s ecosystem.

Additionally, the inherent features of DLTs, such as decentralization and immutability, provide further advantages. Working in tandem, the three pillars of the Ontology foundation work provide an adequate base on which to build DApps. As a result, the Ontology network can support other blockchains on its network. This is referred to as “decoupled architecture,” and it provides Ontology with a higher degree of malleability.

One noteworthy innovation is the ONT ID. Using this feature, it is possible to amalgamate verified data from different sources into one variable which is then stored on the network.

“We use ONT ID to connect different ID authentication services and provide a source of trust for people, money, goods, and things. ONT ID is decentralized, self-manageable, privacy-protected, and safe and easy to use. The trust framework establishes a distributed trust model and distributed trust delivery system through verifiable claims, and uses the CL signature algorithm and zero-knowledge proof protocol to assure privacy protection of verifiable claims.”

Additionally, Ontology supports a wide array of protocol standards. “A range of protocols that are compatible internationally are implemented, such as DID designed by W3C. The cryptographic signature protocol also supports cryptography such as the Chinese national cryptography standard, RSA, and ECDSA. The distributed data exchange system is compatible with the widely used authorization protocols, e.g., Oauth[4] and UMA[5], to enable the architecture to meet the goal of being open and standardized, and to support future extensive ecological cooperation and expansion.”

This feature allows as many blockchains to join the network as possible without backward compatibility being an issue.

Ontology further simplifies things for developers by providing solutions that allow them to build systems compatible with its network. This is possible even for developers who do not have prior knowledge or in-depth experience with such systems:

“Ontology provides a series of application frameworks, including APIs, SDKs, and various application modules that allow application service providers with a wide range of technological backgrounds to develop their own dApps and make dApps as a Service (DAAS). This makes blockchain easy to use for all.”

Furthermore, the Ontology structure is designed to respond well to a high degree of customization. This is an essential feature for blockchain-based solutions. As referenced earlier, complex scenarios in real life business circumstances require different levels of engagement with the platform: “Ontology uses its distributed ledger framework to satisfy different scenarios with the implementation of one or more configurable blockchains. The distributed ledger framework can also customize the service chain for specific business scenarios (e.g., different mechanisms for access, governance, consensus, storage, etc.). In addition, Ontology can collaborate with other existing blockchain systems and traditional IT systems through the use of protocols.”

Ultimately, Ontology aims to create a smooth entry into blockchain-based systems. This is evidenced by the effort put into ensuring the project is as accessible to as many as possible.

Ontology implements a dual token structure, similarly to NEO which has both NEO and GAS tokens. Within Ontology, the two tokens are ONT and ONG. ONT was originally a NEP-5 token, but after the launch of the mainnet in the second quarter of 2018, it is now hosted on its blockchain. “Ontology uses a dual token (ONT and ONG) model. At first, ONT is a NEP-5 token and does not release ONG. After the launch of Ontology’s MainNet in Q2 2018, users will be able to exchange NEP-5 ONT for ONT on the Ontology MainNet, which will start to release ONG periodically.”

Twelve percent is held by the Ontology community, with 28 percent owned by institutional partners, 35 percent held by Ontology and the remaining 15 percent distributed to the core team of developers. The token was distributed via airdrop to NEO holders.

The Connection between NEO And Ontology

Ontology is a platform created by the Chinese company Onchain which is headed by Da Hongfei. He also doubles up as the co-founder of blockchain project NEO. Since some serve positions within the two teams, there has been confusion as to whether the two projects are the same. In addition, the two token model witnessed within both systems further muddles the distinction between the two systems.

In an effort to quell the questions and quiet the confusion concerning the two networks, Hongfei explained:

“First, I need to clarify that NEO and Onchain are separate entities, so Onchain doesn’t own NEO, or NEO, Onchain. They are separately funded – NEO is funded by the community, and Onchain is funded by a very famous financial group in China, Fosun. They bought a lot of insurance companies and banks in Europe. So they are separate. Second, Onchain benefits from the NEO ecosystem. The product, called DNA, is very similar to NEO, but it is written in the Go language. OnChain is helping other blockchains and financial institutions to build their blockchains with DNA. It’s basically very similar to NEO, and in the future, with NEOx (the cross-chain protocol) everything can be linked together.”

NEO aims at bringing the smart economy to life with a focus on digital assets. Ontology is designed to increase interoperability between legacy systems and blockchain technology especially as it pertains to data, verification, digital identity, and trust.

Additionally, NEO mostly targets the financial industry while Ontology is applicable in a wide array of industries.

Interestingly, the two entities signed a memorandum of understanding on May 14, 2018. The agreement featured heavily on strategy and technology integration with regard to distributed ledger systems. Since both projects are dealing with adoption issues from different angles, they believe that working together will result in a higher rate of adoption across the board.

Should you Add ONT to Your Crypto Portfolio?

Given the recent jump in the value of the ONT token on June 7, 2018, to an all-time high of $8.86, the interest for this relatively new token has piqued within the crypto community.

As efforts to convert the promise that blockchain technology holds into actual results continue, it is arguable that Ontology may be among those at the forefront of this movement. This is especially true due to its affiliation with leading blockchain platform NEO. However, it is important to note that the smart contract and DApp sector has a number of string players jostling for attention, including heavyweights such as Ethereum and Stellar.

However, since the project is at a relatively early stage, compared to similar blockchain networks, this may be the best time to add a small exposure to ONT to your portfolio, provided you can stomach the volatility that comes with investing in a newly-issued digital token of a project that is based in a crypto-unfriendly jurisdiction.