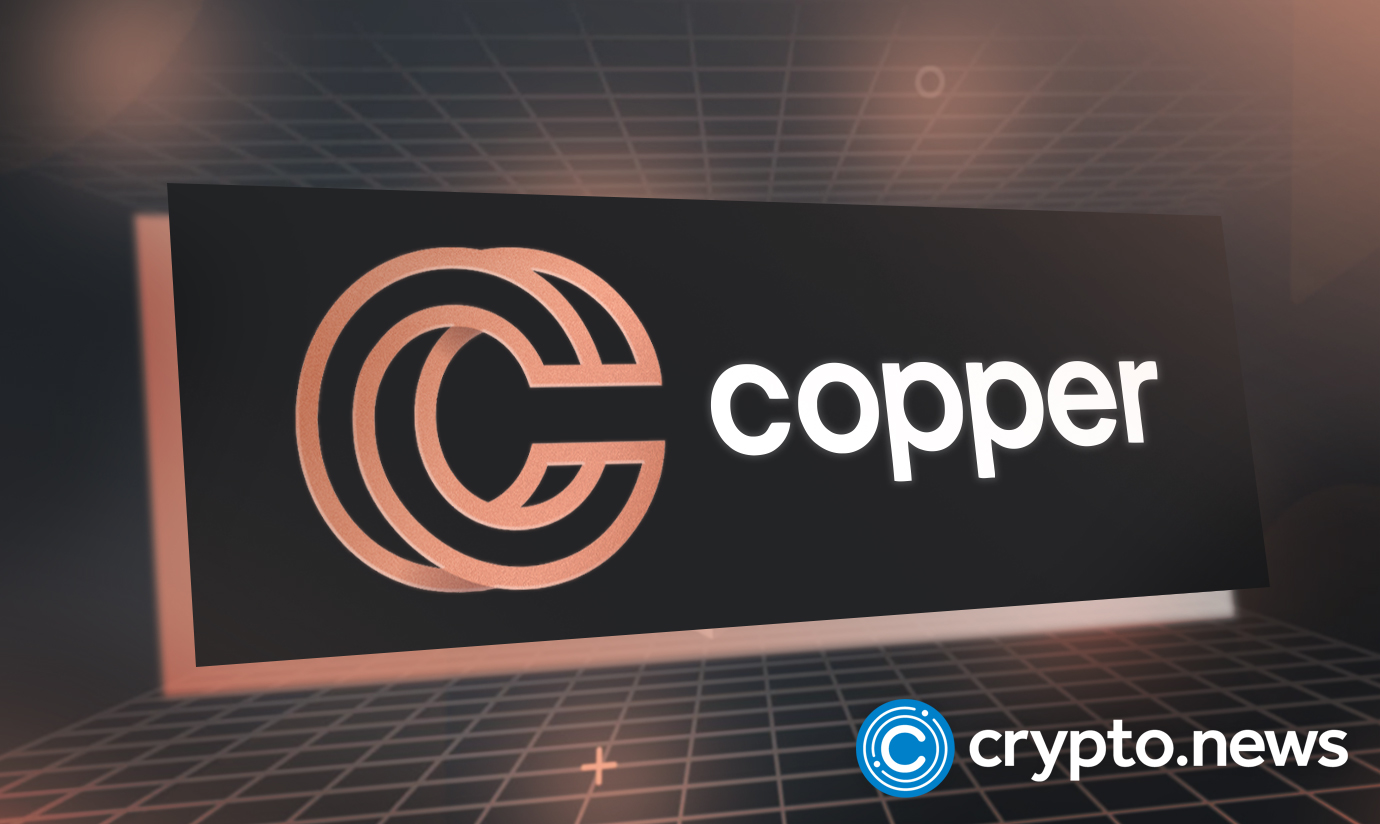 Barclays has been named as one of the investors in Copper’s recent funding round, according to reports on July 24, 2022.

Barclays, a UK-based banking heavyweight, has been reported as one of the new investors joining the funding round for Copper, the prime broking and settlement service provider for institutional investors interested in bitcoin (BTC) and digital assets.

According to Sky News, the bank is expected to contribute a “relatively modest sum in the millions of dollars as part of the round.”

Barclays is not the first prominent investor who has shown interest in Copper; MMC Ventures, LocalGlobe, Target Global, and Dawn Capital share a history with the institutional asset manager. Earlier this year, Copper, which has proven to be one of the notable platforms in the crypto space, targeted a valuation of about $3B in its latest capital raise, but this goal was scaled back due to the recent cryptocurrency markets collapse that saw the bitcoin (BTC) price dip by more than 70 percent, triggering major selloffs across the entire crypto markets.

From the years 2019 to 2021, Copper won the award for Best Digital Asset Custodian and is a member of the UK’s technology trade association. However, the nature and approach of the UK’s financial regulations prompted it to establish a hub in Switzerland.

With the contribution from Barclays, which had a revenue of 21.94B GBP in 2021, the recent Copper fundraising should further strengthen its impact in the industry. Copper helps institutions trade without exchanges, and this eliminates the risk of misappropriated, frozen, or hacked assets.

In what looks like the coming together of different points of the wide financial spectrum, there is a trail of banks forging a path into the crypto space. Although this development has not been without roadblocks from some central banks and other experts, the reality of the shift in banks’ adoption and investment is undeniable.

In June 2022, crypto.news reported the Ugandan Central Bank’s softening stance on digital currency, giving crypto firms more freedom in the country’s financial space. Early this year, the launching of a crypto investment product by Kookmin’s Bank of South Korea also attested to the slow but definite adoption of digital assets by the major players in the financial system.

Away from the interest of banks in the growth of the crypto space, another surprising trend is the consistent investment by firms in crypto projects, despite the ongoing cryptowinter.

From KuCoin’s recent strategic investment, through HashFlow’s Series A funding round, and to other funds raised for the expansion and advancement of different blockchain protocols and platforms, reports keep coming in of the sure progression of blockchain and cryptocurrency adoption.

In recent weeks, Voyager, Three Arrows Capital (3AC), and Celsius filed for bankruptcy, seeing that it was the best option for their teams and organizations. These may not be the first bankruptcy events in the industry, but this succession proves that the current market downturn may have claimed more casualties than ever before.

However, despite the gloomy market conditions, and pushback from regulators in some quarters, the blockchain space continues to attract millions of dollars worth of investments, a testament to the sustained potential of cryptocurrencies and the underlying blockchain technology.