Bitmain co-founder Wu Jihan has revealed that his company has huge expansion plans for its Bitcoin mining operations in the U.S. during an interview with Bloomberg. On April 13, 2018, the mining firm announced that it had been given the green light to set up cryptocurrency mining operations stateside.

During the interview, Jihan revealed that the company has been working on expanding its mining operations on a global scale including the launch of more facilities in the U.S. As of now, it is operating two mining farms; a ten and 12-megawatt facility.

Wu stated that the people mining Bitcoin (BTC) and Litecoin (LTC) have experienced a lot of growth over the past year and this is also in line with the strong performance of the cryptocurrency market. The company’s profit has been on the rise with its 2017 turnover hitting $2.3 billion. 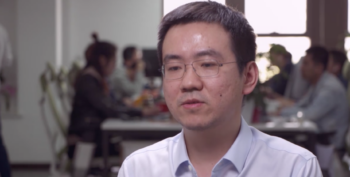 Bitmain also recently announced that it has been developing a new ASIC Antminer that will be launched later this year. The Antminer E3 promises to deliver significant hashing power while offering more efficiency and they will target the Ethereum (ETH) mining community in particular.

Why is The U.S. a Key Market for Bitmain?

The Bitmain co-founder pointed out that the U.S. is one of its biggest target markets precisely because it is the company’s second-biggest market after China. It is thus essential for the company to double down on the market.

Wu revealed during the interview that the U.S. market is quite challenging, however, because of the high costs involved. Despite this slight obstacle, the company believes that its involvement in the market will play a key role in encouraging competition in the U.S. market as it also works towards lower mining costs.

The two cryptocurrency mining facilities under development are expected to be completed by the middle of 2018. Wu did not reveal the actual number of facilities that Bitmain is planning to launch in the U.S. in the future although he did point out that they have big plans for the U.S. The company plans to invest more than $100 million to launch more crypto mining facilities in the country.

Wu also stated that the expansion plans would be advantageous not only from a revenue standpoint but also because they will create more job opportunities.

The Bitmain co-founder believes that expanding its operations in the U.S. is highly strategic because the American market has a lot to offer in so far as it is also a high-growth market. He also commented on the company’s stance regarding artificial intelligence (AI), stating that Bitmain has plans to venture into this sector as well.

Bitmain is not the only company that is planning on doubling down on the digital currency mining space. China’s second-biggest crypto-mining firm known as Canaan Creative is also making power moves aimed at securing a large piece of the crypto pie.

The company recently announced plans for an initial public offering (IPO) which will be launched on the Hong Kong Stock Exchange (SEHK). The IPO is reportedly planning to raise a whopping $1 billion.