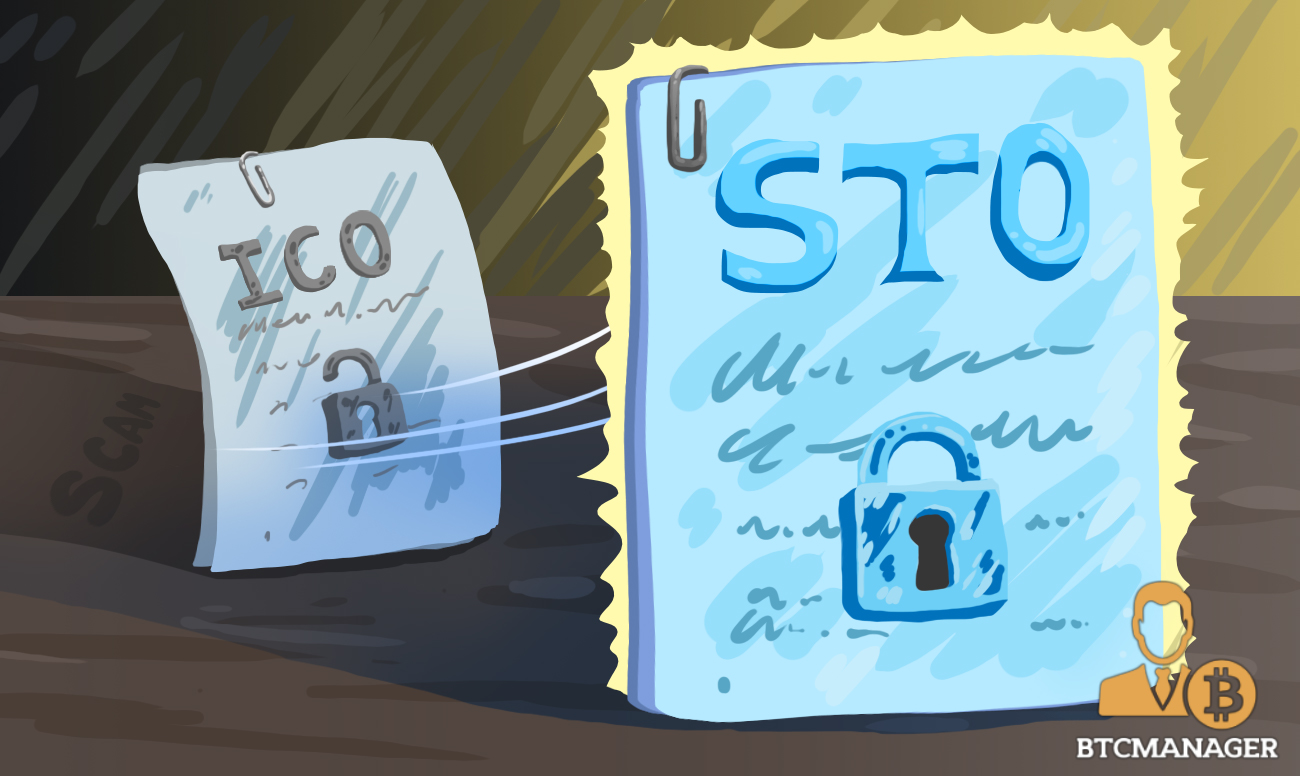 Lately, Initial Coin Offerings (ICOs) have been a matter of much debate. A number of tech companies have sprung up in recent times with an aesthetically pleasing white paper, casting a favorable light on the service or product being offered, and a brief introduction about the talented individuals behind the endeavor. Not to discount the talent of these personnel, but having seen the year 2018 plagued by ICO scams, it becomes imperative to address this menace in the industry.

What Is an STO?

Fortunately enough, Security Token Offerings (STOs) might just be the answer to areas where the ICO model falls short.

The idea behind STOs is to provide investors with a trustless, transparent and secure crypto commodity, not dissimilar from the utilities promised by blockchain technology. STOs mimic traditional equity shares in many ways, including vesting power and rights in the hands of the participant.

The need for STOs stems from the disadvantages of ICOs. It’s common knowledge that during an ICO, a company raises its capital through crowdfunding. Participants in the ICO can then exchange the already held crypto tokens such as bitcoin or ether for the company’s own digital currency. Of course, having the company’s crypto token entitles investors a stake in the company’s overall market valuation, corresponding to the contribution made.

But that’s all there is, really. Unlike an IPO subscription, where the investor is offered rights and obligations, most notably voting rights and dividend payouts, ICO subscribers do not get to enjoy any such luxury.

In case of an STO launch, an enterprise is obligated to complete the traditional process followed during an IPO registration. This ensures the legal compliance including the KYC/AML requirements and background verification of the company, something most ICOs fail to deliver.

According to 2018 research, it is speculated that about $3.7 billion raised in ICOs has been lost or stolen due to recurring hacker attacks, mainly in the form of phishing. As per the report, hackers stole up to $1.5 million from ICO proceeds every month.

Social media websites like Facebook do not seem to be too fond of ICOs either. On February 3, BTCManager reported that the social media giant has effectively banned all crypto-related advertisements on its network, partly due to the rise of ICO scams where thousands of investors have been duped of their money.

Facebook had stated that it is banning the ads on the grounds of “financial products and services frequently associated with misleading or deceptive promotional practices.”

Reacting to the ban imposed by Facebook, Chairman of the U.S. Securities and Exchange Commission, Jay Clayton said, “I do want to recognize that recently social media platforms have restricted the ability of users to promote ICOs and cryptocurrencies on their platforms. I appreciate the responsible step.”

This is not good news for the crypto industry. Just because of a few people with ill intentions, the entire crypto community is marred with a bad rep in the market.

Other significant challenges for the government with regard to ICOs is the lack of transparency involved. While IPOs are required to complete a prospectus to register for a public offer of the company’s securities, ICOs are not obligated to do any formalities as such. This lack of process certainly raises a few eyebrows for industry veterans.

STOs bring a considerable degree of legitimacy and security to the cryptocurrency industry, and it is expected that the volume of ICO exit scams and similar fraudulent activities will see a downward trend as more companies begin the adoption of STOs.

Need for STOs: A Viable Replacement of ICOs?

Considering the points mentioned above concerning security and legal compliance, is it possible that STOs could trump ICOs? The answer does have positive vibes to it.

Participation in an STO follows the same procedure as for an ICO. Interested individuals can purchase the STOs during the offering. Later on, these STOs can be traded, sold, or held with a long-term perspective. Perhaps a significant upside for STOs compared to ICOs is that there are collateral securities involved when a company launches an STO in the event that a company going bankrupt or absconding, the affected investors are entitled to liquidate the company’s tangible holdings such as fixed assets, capital, and revenue to compensate for the investment made.

STOs also trump the traditional mechanism of equity stock exchanges, as it provides the trader with a platform to exchange tokens 24/7 throughout the year.

The world today is highly dynamic, and it hardly makes sense to continue with the orthodox time-consuming infrastructure of trading. Moreover, STOs offer more liquidity to the financial markets throughout the world, simplify the exchange listing process, and vastly improve the settlement period.

The Future of STOs

Patrick Byrne, CEO of Overstock Ltd. said in an interview with CNBC that launching STOs is the next model of raising funds for a start-up through crowdfunding. The legal and regulatory formalities involved ensure transparency and establish trust between the issuing entity and the offer subscribers. He stated that the industry is distinguishing “very clearly” between STOs and ICOs. He added:

“The ICO craze of last year created a toxic waste dump of financial assets. To me, that world of ICOs is a superfund site. What we’re developing is a mechanism so that there will be a legal way to go forward, and not create any new toxic waste.”

This forces us to speculate, what exactly does the future hold for STOs? Will the transition from ICOs to STOs be seamless and smooth enough for rapid adoption in the mainstream?

It is estimated that STOs industry might hit the $20 trillion mark by the year 2020, not a small amount by any measure. More importantly, U.S. regulatory bodies are desperately seeking an alternative to the existing ICOs. Rampant exit scams, one after another, have also raised concerns over the efficiency of SEC, as the general public keeps losing money.

The launch of cryptocurrencies like Dogecoin, a meme-turned cryptocurrency with a loyal following on websites like Reddit and 4Chan, is a prime example of how malleable an ICO can be as a means of raising money to get pretty much anything going in the market.

Concluding, STOs provide an excellent alternative to ICOs. The principal benefit derived from a security token is the involvement of collateral. Investors will rest assured that their money is not being thrown into the fire.

This funding model also brings the much needed legal and compliance legitimacy that has been missing in ICOs since their inception. It remains to be seen how fast or slow companies adopt the STO approach, but there are no doubts that STOs offer a bright alternative.