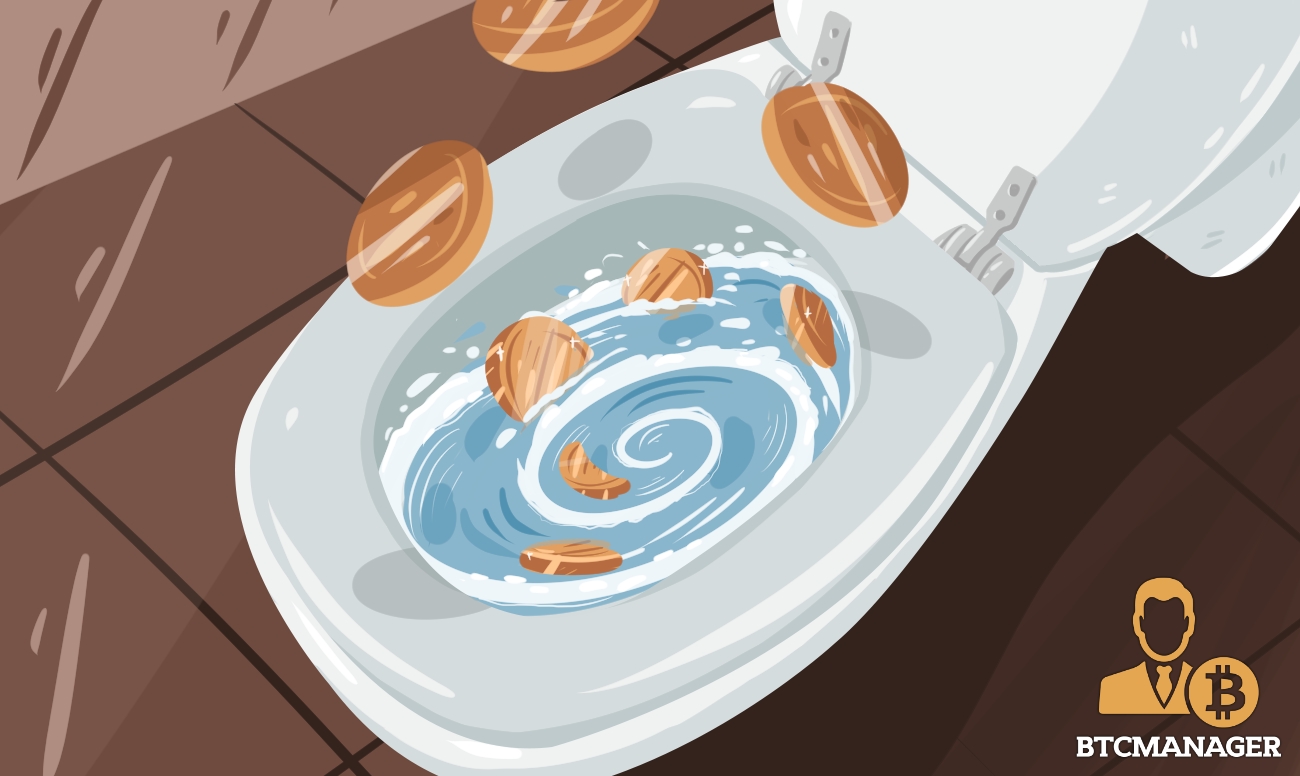 Coincall, a cryptocurrency portfolio tracker has recently published a list of shitcoins to inform the cryptocurrency community and raise awareness around ICO scams.

The cryptocurrency movement initially began as an experiment with the positive intention of developing a better economic model for the future. When the ICO movement came, many projects raised significantly large funds. In 2017 there were over 200 ICOs that raised more than $1.3 billion for cryptocurrency ventures.

While ICOs were a great way to democratize investments into early-stage projects, some saw it as an opportunity to create easy money. With unclear regulations around ICOs, greed and ignorance led to a large number of Ponzi schemes masked as ICOs, designed to scam investors.

ICOs a huge problem in the cryptocurrency community. Scams provide no value to the ecosystem but rather tarnish the cryptocurrency and ICO industry’s reputation. As mentioned in their blog post, Coincall believes it is important to talk about the scams openly. They have begun by exploring the list of scammy cryptocurrency projects.

Coincall initially published eight coins that they believe are scams and Ponzi schemes. These include Bitcoin Cash, Tether, Bitcoin Diamond, Veritaseum, BitConnect, Davorcoin, Regalcoin, Centra, and Plexcoin. Alongside each coin, Coincall embedded a link, redirecting viewers to a cryptocurrency news site, medium blog post, or well-known publication that outlines reasons as to why the ICO is a scam.

For example, with Bitcoin Cash, Coincall notes that, while there is nothing wrong about a fork of Bitcoin that claims to lower transaction fees, the most significant problem stems from its main supporters. These supporters have tried to usurp Bitcoin’s name to confuse new users. A few examples include turning Bitcoin.com into a website that purely promotes Bitcoin Cash, and purchasing the @Bitcoin twitter handle and turning it into a Bitcoin Cash propaganda tool.

While there may be some disagreements concerning coins labeled as scams, Coincall openly acknowledges that they use basic “straightforward, old-school reasoning.” Another way to look at their justification is the “duck test; if it looks like a duck, swims like a duck, and quacks like a duck, then it probably is a duck.”

Coincall also calculated the implied market capitalization of every shitcoin. It reached a staggering $31.5 billion. In April 2017, the market cap of scammy ICOs was just above $100 million. The growth of the cryptocurrency industry, therefore, brought along with it a significant number of scams to cheat investors of their money.

Coincall is Calling Out Shitcoins in Their Portfolio Tracker

As a cryptocurrency portfolio tracker, Coincall has also decided to mark “shitcoins” with a poo emoji next to the coin’s information and graph. Coincall believes that “informing our users about potential dangers is our right and obligation. We don’t want to keep tolerating bad behavior and suspicious business practices.”

The cryptocurrency portfolio tracker, however, acknowledges the difficulty of separating a scam from a legitimate ICO. While evaluating fundamentals of a good and bad ICO are essential, it can be tempting for investors to focus on making a quick return. Coincall has therefore decided to introduce additional tools to help everyday people make better cryptocurrency investments in the future.