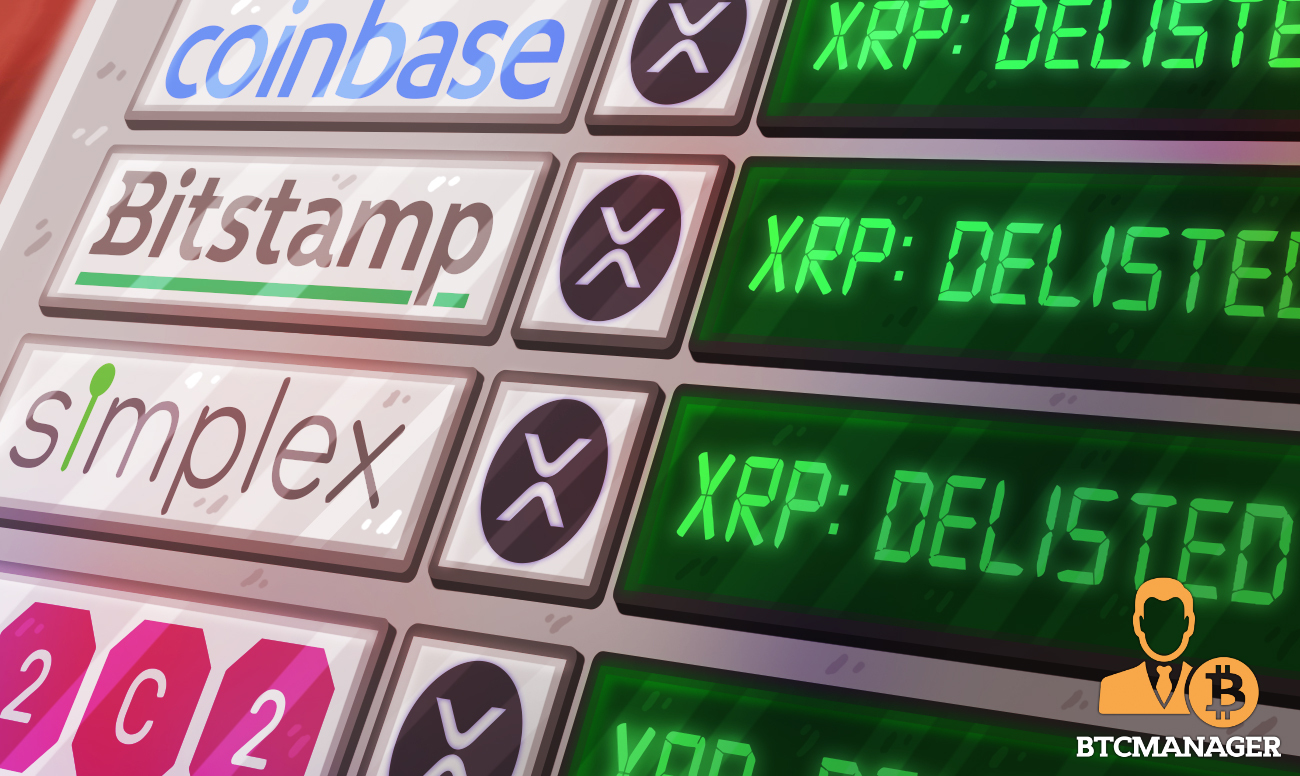 A couple of exchanges and other crypto problems have dropped XRP from their listings or halted trading the asset, following a suit from the US Securities and Exchange Commission (SEC) against XRP’s two executives. According to Coinbase’s release this December 29, the platform has made a decision to suspend XRP trading pairs because of the SEC’s lawsuit against Ripple Labs Inc.

XRP Feels The Ripple of SEC’s Suit Throughout Crypto Platforms

On December 22, the SEC released its statement announcing that they have followed through with their suit against Ripple and its two executives for their alleged unregistered securities offering, amounting to over $1.3 billion.

“In light of the SEC’s lawsuit against Ripple Labs, Inc, we have made the decision to suspend the XRP trading pairs on our platform. Trading will move into limit only starting December 28, 2020 at 2:30 PM PST, and will be fully suspended on Tuesday, January 19, 2021 at 10 a.m. Pacific Standard Time*”

OKCoin was the most recent exchange to have followed the series of moves to drop XRP. Similar to Coinbase, they also suspended XRP trading and deposits until a resolution came out of SEC’s legal action.

In a release OKCoin made, they noted that this was the “best course of action” for the meantime. However, the team also noted that the outcome of the situation might take a while. To allay the fears of XRP holders, OKCoin said that they will continue to monitor the situation and keep everyone updated if new information relevant to their decision comes to light.

The SEC has charged @Ripple with conducting an unregistered security sale.

Due to this, #Beaxy has halted trading for XRP pending further news. $XRP withdrawals will remain enabled until further notice. pic.twitter.com/lVVqXJPdPP

Other cryptocurrency exchanges that did the same at an earlier time were Beaxy Exchange and Bitwise. According to Bitwise:

“The Fund liquidated its position and reinvested the proceeds in other portfolio assets.”

XRP Might Be Rendered ‘Untradeable’ Should SEC Win the Suit

Market experts have already weighed in long before the trend of dropping XRP from listings began. According to analysts, a legal victory by the SEC is not going to be good news for the price of the coin.

Tritium CEO, John Willock, said in a statement that if XRP becomes categorized as a security, it will most likely end up “untradeable for most exchanges and industry participants.”

OKEx CEO, Jay Hao, added further on this statement. Hao said that what we might likely see in the days ahead is a “sharp sell-off of XRP, leading to a decline in its price.” The outcome of the SEC’s decision could potentially seal the fate of XRP. But whether it will impact how other cryptocurrencies are categorized by the agency remains a subject of on-going debate.