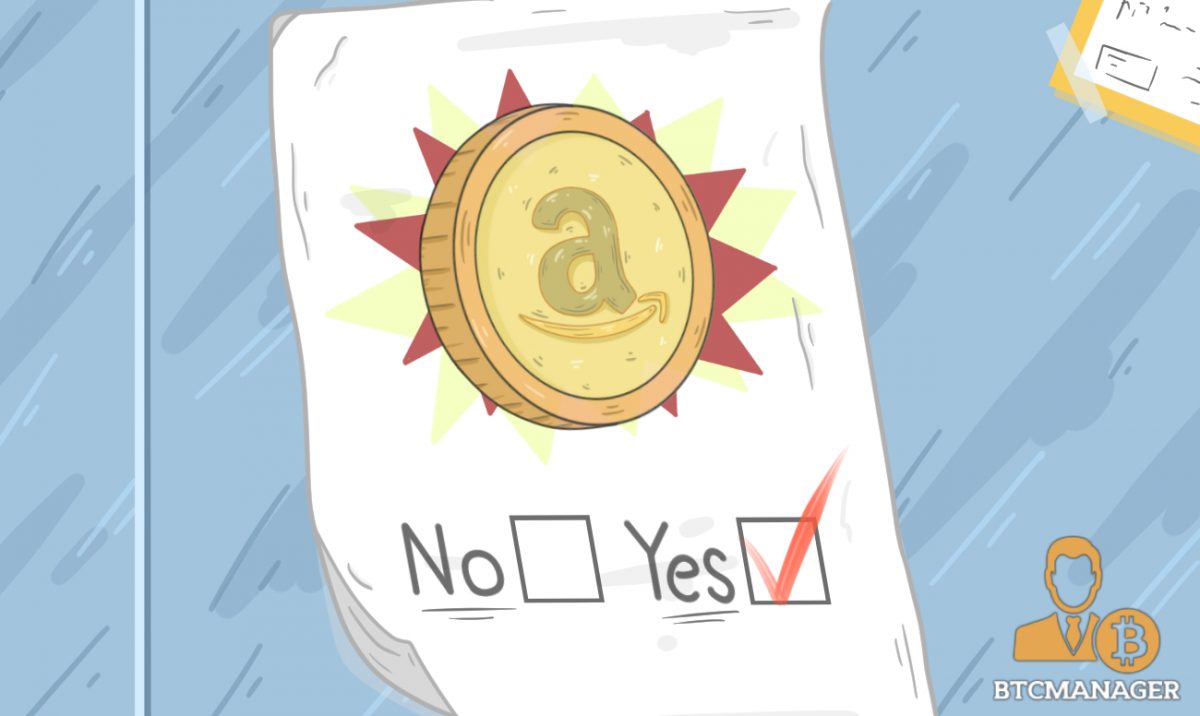 With the popularity of cryptocurrencies taking off in 2017 and many established companies such as Kodak and Telegram launching their digital tokens as of late, it seems like only a matter of time before the likes of Facebook and Amazon bring their digital currency to fruition.

Such a currency would function as the primary form of payment used on these platforms and customers of Amazon are already of the belief that this would be a big success.

A survey completed recently by a total of 1,000 Amazon customers revealed these sentiments and then some. One of the questions they were asked was about their feelings regarding the idea of Amazon getting formally involved with the world of cryptocurrencies.

Over half of those surveyed said they would be in favor of Amazon launching their digital token, with only about 20 percent being against the idea altogether.

It was precisely 51.7 percent of respondents who supported this idea, a digital token that might be called Amazon Coins, or something along those lines, would be used to buy goods and services on the Amazon marketplace.

Looking closer at the number of respondents who are Amazon Prime members, 58.27 percent of this demographic were in favor of this idea.

This data showcases how people are coming around to the idea of using digital currencies in their everyday lives. As Amazon is an all-encompassing marketplace that is a behemoth these days, even toting the “Amazon Effect” for many others in the sector, the American firm would easily be able to get the adoption of a new token off the ground.

It does appear that this idea is a bit premature as there have been little to no formal indications that Amazon has such a plan in the works. Currently, they do not even allow bitcoin or any other digital currency payments on their marketplace.

However, Amazon has said that these domains were claimed to protect their brand rather than due to them having some specific plan to get into the digital currency space.

There is something already offered by Amazon called Amazon Coins, but these are not a digital currency. These refer to digital vouchers that can be used on Kindle Fire apps or games and cannot be transferred or resold.

While it looks like there will not be a digital token launch from Amazon shortly, it is indeed an idea that would be popular. There would be a lot of benefits for Amazon as they would be able to eliminate a lot of the issues associated with foreign exchange rates and transaction fees.

These charges all add up significantly due to the volume of transactions that are completed on their marketplace every day.