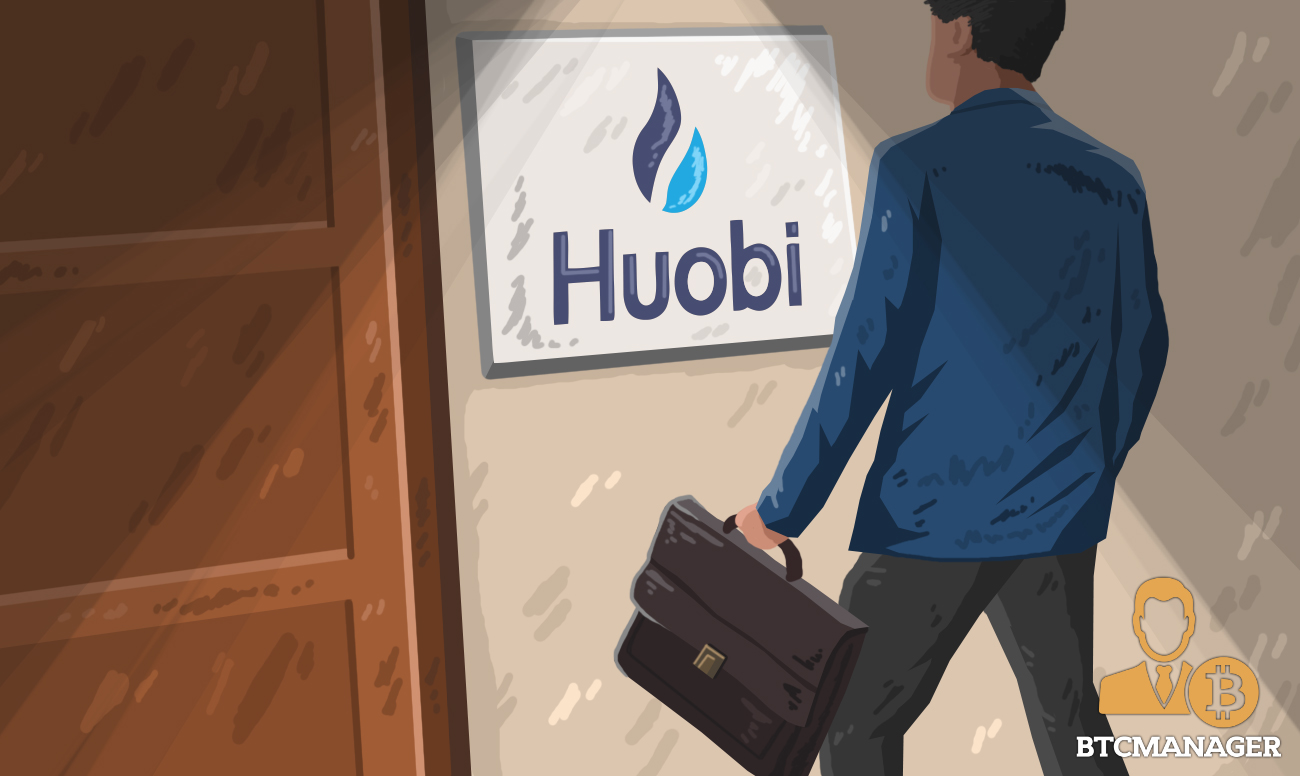 On May 14, 2018, OKEx CEO Chris Lee shockingly resigned from his post, citing personal reasons and a “desire to start a new life.” Now, the FinTech and digital payments expert joins Huobi, a primary rival of his former firm barely one week after dumping OKEx.

In an announcement on May 21, the Singapore-based cryptocurrency exchange Huobi, the fourth largest in the world by volume, hinted that Lee would take charge of its international strategy, to make its expansion process into other markets as seamless and frictionless as possible.

The seasoned capital market professional could not hide his excitement over the new deal as he took to Twitter to predict that Houbi would become the most significant exchange within a short while, leaving Binance, BitMEX, and Huobi behind.

With e combination of #Huobi expertise with industry leading marketing & operational abilities, we WILL be biggest in the entire industry! @Huobi_Pro

Notably, the crypto enthusiast who holds several professional qualifications including Australian Chartered Accountant, Financial Risk Manager (FRM) of the United States and others, initially said on Twitter that he left OKEx in a bid to have a short break and spend time with his family.

However, he later revealed the real reason for his resignation to a regional news outlet, 8btc:

“Xu is a tech guy who lacks communication skills, a problem many geniuses have to face. He heads the team alone and is not used to handing over some work to and trusting others. He works really hard but is not easy to get along with. But I’m only responsible for OKEx’s overseas business, and I’m an idealist.”

According to Block Asia, Lee also took to WeChat to clear the air concerning his departure as quite many rumors have been making the rounds that he left the firm because of its broiling controversy of faking trading volumes.

“Even though I was born in China, I received a Western education. I handle things in a hard and fast manner, and Xu is more grounded and thinks about the long-term. When we fight, it’s for the company. His temper is huge, so is mine. After we finish fighting behind closed doors, we are still good buddies who drink together,” Lee wrote in Mandarin.

It appears OKEx is already missing the impact of Lee as the exchange now sits at number two spot with a 24-hour trading volume of $1.64 billion at the time of writing, bettered by BitMEX which has $2.19 billion. However, the ‘Lee effect’ is yet to be felt at Huobi either as the exchange comfortably occupies the number four spot with a 24-hour volume of $974.92 million.

On April 13, 2018, BTCManager reported that OKEx had announced preparations to launch operations in Malta in a bid to leverage the amenable cryptocurrency regulations present in the tiny island nation.

Back then Lee reiterated that:

“We look forward to working with the Malta government as it is forward thinking and shares many of our same values: the most important of which are protection of traders and the general public, compliance with Anti Money Laundering and Know Your Customer standards, and recognition of the innovation and importance of continued development in the blockchain ecosystem.”

Now that Lee is no more with the OKEx team it remains to be seen how things will pan out for the exchange in the near future.