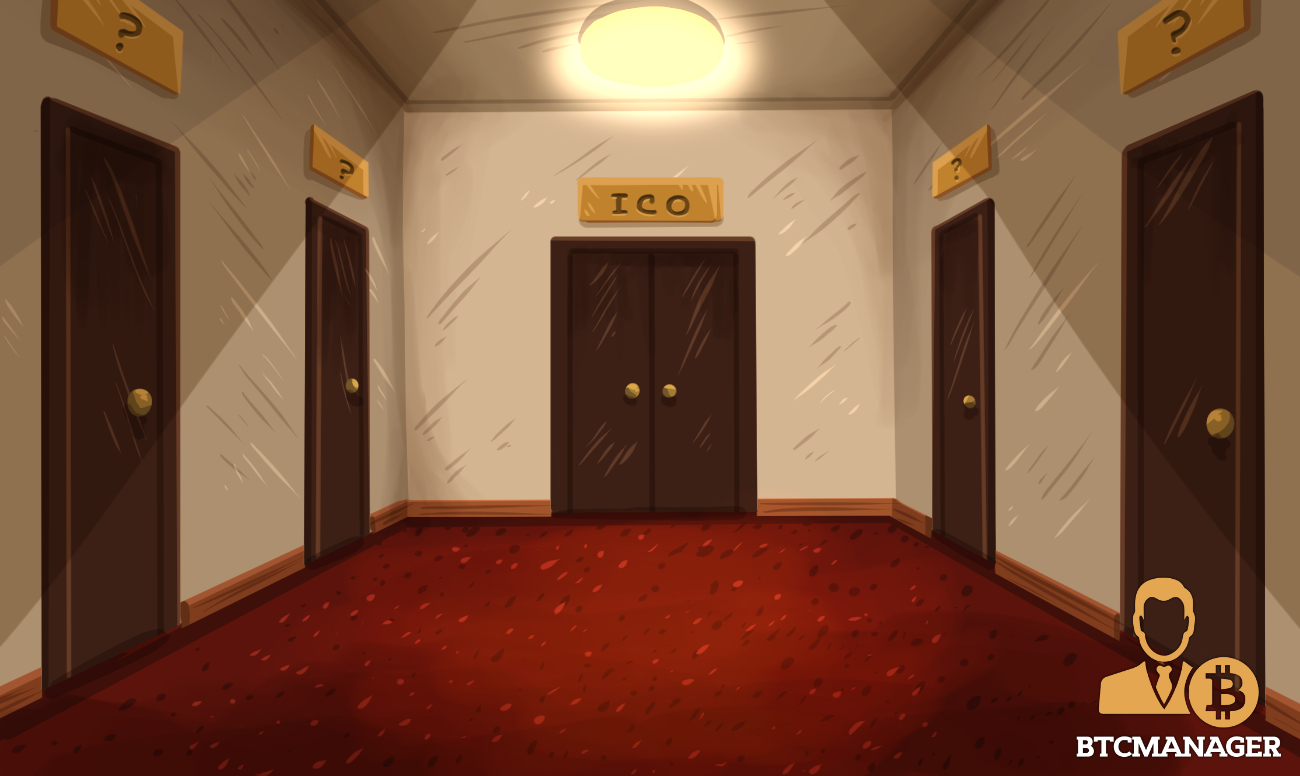 As it is said, all good things must come to an end. So, has the run of the initial coin offering (ICO) coming to a close? This relatively new fundraising method has been around for several years but has garnered significant mainstream attention in the last 18 months.

The ICO has helped many new blockchain projects get off the ground quickly, but it has also brought with it controversy, fraud, and questions about its longevity as a fundraising scheme, bringing about a host of new fundraising methods that are poised to take its place.

The Rise of the ICO

The ethos of the decentralization economy has always been one of togetherness and inclusivity. In this way, traditional venture capital and private equity funding did not ideologically align with the blockchain and cryptocurrency industry from the start.

Bitcoin and other first-generation cryptocurrencies never conducted fundraising rounds, instead opting for various methods of mining and distributing tokens as widely as possible to gain adoption.

It was not until 2013 that MasterCoin decided to raise capital via a new fundraising method that came to be known as an ICO. Individuals looking to obtain MasterCoin tokens sent bitcoin to a verified address and, in return, received MasterCoin tokens.

All told, over 5,120 bitcoin was raised as part of the MasterCoin fundraising. At the time, no one knew this round of fundraising was going to set the stage for a revolution of startup investing for the retail investor.

For the next few years, besides a few high-profile ICOs – such as Ethereum, which raised $18 million – there was not a large market for this fundraising tool, and most cryptocurrencies opted to raise funds through traditional methods. Then, in 2017 everything changed, as, according to ICOBazaar, over 3,000 ICOs raised billions of dollars from cryptocurrency investors, with $945 million raised from U.S., U.K., and Russia alone.

The graph below shows the rising rate of ICO fundraising: 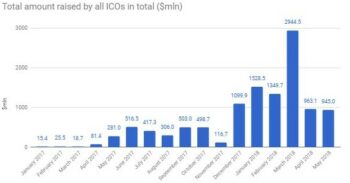 With this extreme influx of capital, the ICO took center stage in the decentralized world, bringing with it more investors and entrepreneurs, along with questions surrounding the legal status of these new assets.

ICOs and the SEC

It should come as no shock that the largely unregulated method of fundraising via ICOs has brought with it countless cases of fraud and manipulation. In May 2018, BTCManager reported on red flags found in 271 out of 1,450 ICO white papers, including plagiarized documents, fake executive teams, and promises of guaranteed returns among the findings, which directly points to the need for at least some regulation in the industry.

This attention has put the U.S. Securities and Exchange Commission (SEC) in a precarious situation. On the one hand, increased regulation would create more barriers to entry in the process of conducting an ICO and reduce fraud significantly, but, on the other hand, regulation has the potential to stifle innovation and send many would-be blockchain projects out of the United States.

Recently, the SEC marketed a spoof ICO to show retail investors how easy it is to be duped by fancy graphics and an in-depth white paper. Upon clicking a link to the SEC’s “HoweyCoins,” users are redirected to a page on the agency’s website informing investors about what to look for in an ICO.

This is on top of prosecution against fraudulent ICOs that began in late 2017 with the notable shutdown of the Munchee ICO, which raised $15 million in December 2017.

Although SEC Chairman Jay Clayton has gone on the record stating that “every ICO I have seen is a security,” he has also cooled his rhetoric in recent months, leaving room for interpretation on the status of cryptocurrencies.

In a letter written in December 2017, the Chairman warned investors about claims made by ICOs relating to regulation:

“Investors should understand that to date no initial coin offerings have been registered with the SEC. The SEC also has not to date approved for listing and trading any exchange-traded products (such as ETFs) holding cryptocurrencies or other assets related to cryptocurrencies.”

This statement is difficult for the industry to accept since the agency has not given ICOs a pathway to registration and legal status, leaving them stuck in no man’s land, waiting for the SEC to make hard choices about the classification and legality of ICOs.

What is Wrong with the ICO

Ethereum co-founder Vitalik Buterin is no stranger to the ICO, having conducted an $18 million fundraiser himself and seeing hundreds, if not thousands, of ICOs launch on the Ethereum network. Yet, Buterin does see many issues with the fundraising method that will make it harder to raise funds in the future.

“Even though the ICOs are happening on a decentralized platform, the ICOs themselves are hardly centralized; they inherently involve many people trusting a single development team with potentially over $200 [million] of funding. There are also not very good incentives for people to produce information to help people determine which projects are worth participating in.”

Buterin is hitting on a fundamental flaw of the ICO process, which hands over millions of dollars instantly to a centralized team of developers who often have nothing more than an idea, website, and white paper. Even in projects where founders’ intentions are for the good, there is no way to enforce accountability or transparency for the founding team.

As investors and startups alike recognize the limitations and pitfalls of raising funds through an ICO, new funding methods have emerged. One of the most notable new fundraising methods comes in the form of a Securities Token Offering (STO). STOs are merely tokenized securities and are digital forms of everything from stocks to commodities to digital tokens. These tokens come with similar voting and investor rights as stocks and are set to follow all Know Your Customer (KYC) and Anti-Money Laundering (AML) regulations.

Platforms designed explicitly for securities tokens, such as Polymath, are now jumping on the scene to provide an outlet to trade new securities tokens as well as selling digitized security tokens tied to existing assets, like stocks and commodities.

Vitalik Buterin has touted a new fundraising method of his own, one which would combine the best of the ICO and decentralized autonomous organizations (DAOs).

In this model, funds would be raised over a set period, after which time, the development team is afforded the ability to take a certain amount of coins per second out of the sale contract as voted by token holders. This prevents scam artists from stealing tokens immediately while also giving token holders voting power which effects the fundraising process.

There are even more fundraising methods around including initial loan procurement (ILP) by Estonia-based Blockhive. ILP uses smart contracts to set up digital loan agreements, allowing capital to be raised with token-holders acting as creditors after the agreements are signed.

While the ICO has provided a launchpad for many early cryptocurrency projects, it’s likely it will not be the final iteration of capital raising performed by blockchain-based companies. As long as token economics play a central role in securing distributed ledger systems, there will be a need to raise funds via token sales outside of traditional equity routes.

The ideology of many cryptocurrency innovators lends itself to a democratized system of raising capital, where everyone has equal opportunity. Entrepreneurs in the blockchain space have an affinity for being inclusive and allowing the average retail investor to secure tokens alongside the venture capitalists of the world. While the ICO may be fading, there will undoubtedly be new modalities used to keep this train rolling for the future.