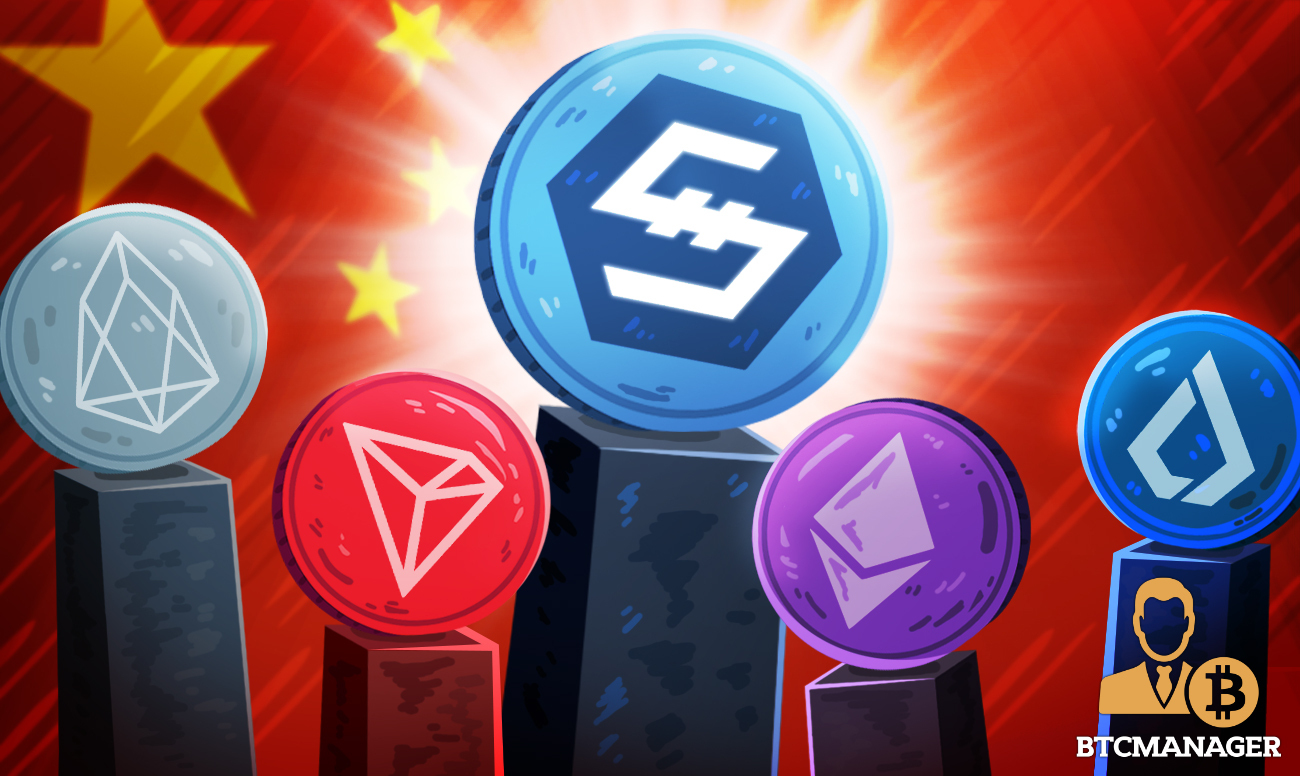 China’s Center for Information and Industry Development (CCID), a body under the Ministry of Industry and Information Technology, has released the latest ranking for cryptocurrency and blockchain projects. IOST (IOST) moved up a spot to 5th position while other leading projects including EOS, TRON (TRX), Ethereum (ETH) and Lisk occupied the 1st 2nd, 3rd, and 4th spots, respectively, out of a total of 37 distributed ledger technology (DLT) projects, according to reports on April 13, 2020.

Despite the fact that the Chinese government has, for long, banned the trading of Bitcoin (BTC) and other cryptos within its shores, the nation is still very much interested in the underlying blockchain technology.

In the latest development, the Ministry of Industry and Information Technology’s Center for Information and Industry Development (CCID), has released its latest ranking for 37 credible blockchain projects.

Per sources close to the matter, in the overall ranking, IOST (IOST), a highly functional ultra-fast, decentralized blockchain network based on the Proof of Believability (PoB) consensus algorithm, moved up to the 5th spot, while EOS (EOS), Justin Sun’s TRON (TRX), Ethereum (ETH) and Lisk (LSK) currently occupy the 1st, 2nd, 3rd, and 4th spots respectively, out of a total of 37 projects.

Notably, all 37 projects were evaluated based on several categories including basic technology, applicability, and creativity. In the basic technology category, IOST is ranked 3rd, while EOS and TRON are placed in the 1st and second positions respectively.

In terms of applicability, Ethereum occupies the top spot, followed by TRON and Nebulas. And the world’s flagship cryptocurrency, Bitcoin (BTC) occupies the number one spot in the creativity sub-category, followed by EOS and Ethreum.

Commenting on the latest blockchain rankings, the CCID reiterated that the result of the assessment will enable it to “provide more robust technical consulting services for government parastatals, business enterprises, research institutes and more.”

It’s worth noting that the IOST (IOST) project has achieved numerous significant milestones since its launch over two years ago.

Earlier in February 2020, IOST and the Chinese authorities developed a blockchain solution aimed at fostering transparency in the processes of charity organizations during the COVID-19 pandemic.

More recently, on March 25 2020, BTCManager reported that the IOST project has rolled out a new staking model in a bid to satisfy the needs and yearnings of its users.