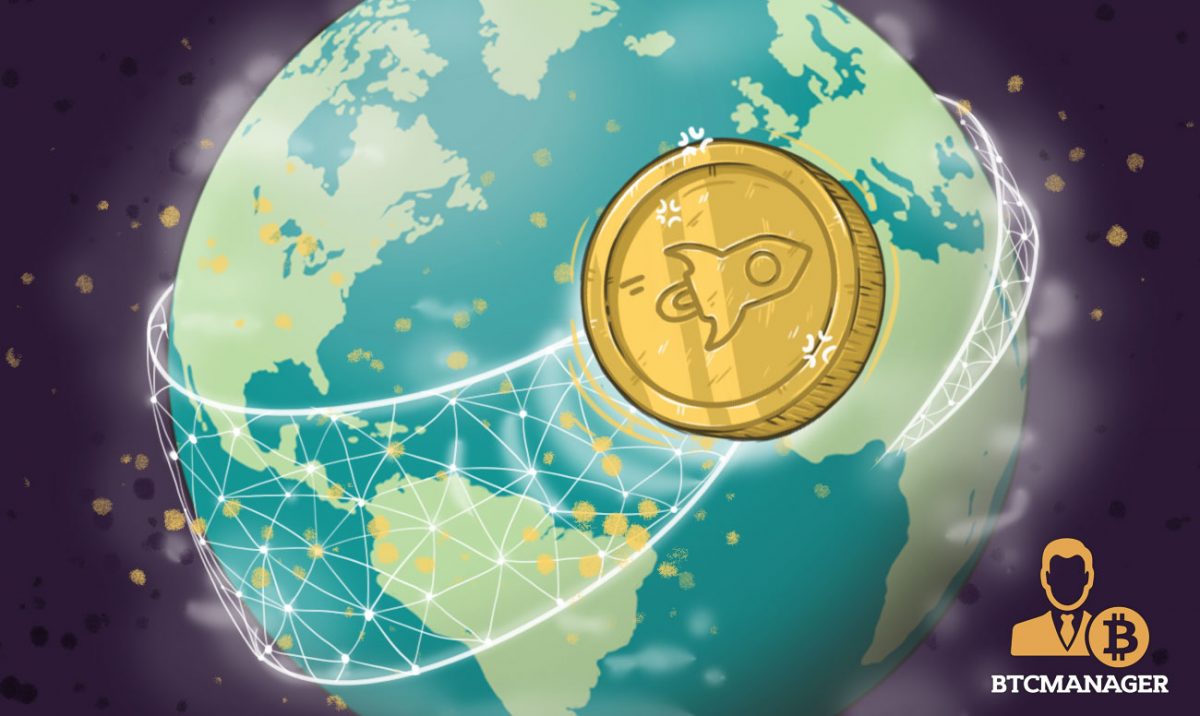 At the end of 2017, the Stellar network’s cryptocurrency, the lumen, moved into the top ten of the largest cryptocurrencies. Stellar’s market capitalization rose from the $500 million mark to over $12 billion from November to January. In its January 6th peak, one lumen (XLM) was trading at $0.71.

Stellar is a decentralized network through which the exchange of assets can be facilitated in a fast and easy manner. The system is based on blockchain technology, which enables it to support transactions in a trustless yet decentralized way.

“The Stellar network is a worldwide collection of Stellar Cores, each maintained by different people and organizations. The distributed nature of the network makes it reliable and safe,” the project’s website states.

The Stellar Consensus Protocol is based on the Federated Byzantine Agreement mechanism. As outlined in the SCP whitepaper, FBA differs from other consensus mechanisms because its agreement process is “the first Byzantine agreement protocol to give each participant maximum freedom in choosing which combinations of other participants to trust.”

Due to the use of FBA, SCP can achieve specific key features that make it well-suited as an asset exchange platform. The nodes can reach consensus in a quick manner, which is essential for transactions such as online payments and remittances. Stellar claims its network can support over 1000 operations per second.

Moreover, the voting system allows for flexible trust, which can be applied in ways to ensure the network can be tailored to meet users needs. “For example, a small non-profit may play a key role in keeping much larger institutions honest.”

Furthermore, SCP guarantees asymptotic security. The network’s safety is dependent on digital signatures and hash families whose parameters can realistically be tuned to protect against attackers such as a DOS scheme whose originators possess a significant amount of computing power.

As David Mazieres, the creator of SCP, states: “Compared to decentralized proof-of-work and proof-of-stake schemes, SCP has modest computing and financial requirements, lowering the barrier to entry and potentially opening up financial systems to new participants.” The lower barrier to entry is in line with Stellar’s ethos.

Another key feature is the possibility of freezing transactions. While it is not possible to reverse a transaction, as is the case with all blockchains, it is possible to freeze assets. The irreversible element of transactions makes them valueless to the recipient, and they eventually revert to the sender. The freezing of assets is an important feature, especially in the event of accidental or erroneous payments.

The Stellar Network is open-source software, given under the Apache License, that is free to use. Integration with the network is made easy through APIs available on the website.

The lumen fee can be increased in the event of suspicion of malicious activity, where the fee does not benefit anyone. Instead, it is collected by the ledger and redistributed to participants in the networks inbuilt inflation mechanism.

Moreover, all accounts on the network are required to have a minimum balance of 1 lumen to ensure their validity. Lumens can also be used to facilitate multi-currency transactions. Lumens are supported by a vast number of exchanges such as Binance, Poloniex, and Kraken among others.

Following disagreements with his team members over the direction of the company, Jed McCaleb left Ripple. Together with Joyce Kim, he founded Stellar in 2014 with the aim of facilitating easy and cheap asset exchange. McCaleb is a well-known figure in the cryptocurrency space, credited as the original creator of Mt. Gox. The rest of the team is composed of notable figures in the crypto space as well as individuals from the traditional financial markets.

The team operates under the umbrella of ‘The Stellar Organization.’ Also known as the Stellar Development Foundation (SDF), the organization is a non-profit operation that is dedicated to keeping the network functional to ensure it continues to function by the organization’s mission statement.

The organization explains its mandate is to “promote global financial access, literacy, and inclusion. SDF accomplishes this by expanding worldwide access to low-cost financial services through the development and maintenance of technology and partnerships.”

The developers working on the network periodically update the system, to ensure the security and efficiency of the transfer system is not compromised. Moreover, the fact that lumens do not come into circulation through a mining process, the organization is tasked with distributing the tokens in a fair and equitable manner.

While the organization can fund itself through five percent of the 100 billion lumens that were created via its protocol at the genesis of the network. The bulk of the native tokens are to be distributed to the public in many ways. Half of the total number of lumens are to be dispensed through the direct sign-up program.

The direct sign-up program is designed to ensure people around the world, regardless of their financial level, can have access to lumens and, in turn, the Stellar Network. The accessibility to the program is in line with their vision of creating a world where as many people have the opportunity to use cheap financial services.

“Giving away free lumens is an invitation for communities to learn more about Stellar’s low- cost infrastructure, learn more about digital financial assets, and design and build the financial services they need. The availability and active use of lumens on the network will increase the overall network’s utility.” The distribution program is carried out in rounds and is done in conjunction with literacy programs designed to educate the participators about the network.

25 percent of the lumens have been set aside for the partnership program, which the organization uses to encourage institutions to integrate with and conduct their enterprises through the Stellar Network. These tokens will be distributed in the form of grants to businesses, governments, institutions, as well as nonprofit organizations who have been conducive to the growth and development of the Stellar Network and its technology.

The last 20 percent of the lumens was distributed through a giveaway to holders of bitcoin and ripple. The two giveaway rounds happened in October 2016 and August 2017. The SDF does not intend to hold any more giveaway rounds. The giveaways were carried out to incentivize Lumen use as well as create a community that would grow the Stellar Network through use.

To fund its activities, the Stellar Organisation periodically holds auctions for some of the tokens. The organization also encourages donations from well-wishers looking to support the foundation. The donations which are tax deductible.

The Stellar Network is already in use by a number of known brands. Deloitte was able to create a prototype of a network that was able to process small transactions in a fast manner. In four weeks, Deloitte had a core banking solution that reduced the costs associated with transactions by around 40 percent. Moreover, the transactions were each processed in five seconds. IBM and a network of approximately 12 banks also started to use the Stellar Network to move money across countries.

Another factor that should increase demand for lumens over the long term is the FairX exchange, which will allow users to buy cryptocurrencies with fiat using Stellar’s lumens as a bridge. The exchange should be released in the first or second quarter of 2018, and similar to the way bitcoin serves as a funding currency for altcoins, lumens will begin to take a similar role.

Remittance company Tempo has also integrated with Stellar to facilitate quick, cheap payments for its users. “Using the Stellar network, Tempo can power 600,000 transactions for $.01 in fees.” Moreover, Nigerian mobile money operator, Parkway has utilized Stellar to allow for the easy sending of money across different mobile money service providers.

Additionally, a few high profile companies have announced Stellar to be their platform of choice. Canadian messaging app, Kik, announced plans to drop Ethereum for Stellar due to scalability concerns. Explaining the move, Ted Livingston, the company’s CEO, stated:

“Stellar is custom built for an application like Kin. It’s focused on what it wants to solve for. It provides fast, reliable, and inexpensive transactions for a lot of people.”

Mobius, a blockchain startup aiming to connect users to blockchain technology, chose Stellar as the platform to hold its ICO. The first ICO ever held on the network, the startup raised over 39 million in two hours. David Gobaud, Mobius CEO explained the Stellar platform was chosen due to its security and its scalable nature. He added: “In Stellar, we think we’ve uncovered this underutilized, really unknown technology.”

Lastly, the payments processor Stripe recently announced its decision to disable bitcoin support. The company cited slow speeds and high fees as the primary reasons. Interestingly, Stripe announced it may start to support Stellar as a payment method. Stripe’s Tom Karlo revealed: “We may add support for Stellar (to which we provided seed funding) if substantive use continues to grow.”

Should You Invest in Stellar?

The Stellar Network not only provides superior technology to many of its blockchain counterparts but has also managed to build business relationships with a range of different institutions to promote and increase the adoption of its network. These efforts are reflected in the recent growth of the lumen’s market capitalization and increase in value.

Adding lumens to your crypto asset portfolio allows you to get exposure to one of the most promising asset exchange networks in the blockchain industry. Like most altcoins, however, the value of the lumen is directly tied to the success or failure of the Stellar Network. Hence, investing in lumen is, of course, much riskier than an investment in bitcoin.

The Stellar Network has been on a clear upward trajectory in the past few months with increasing adoption, and even ICOs held on its platform, so it would not be surprising to see the price of lumens close at a much higher level than its January all-time high.