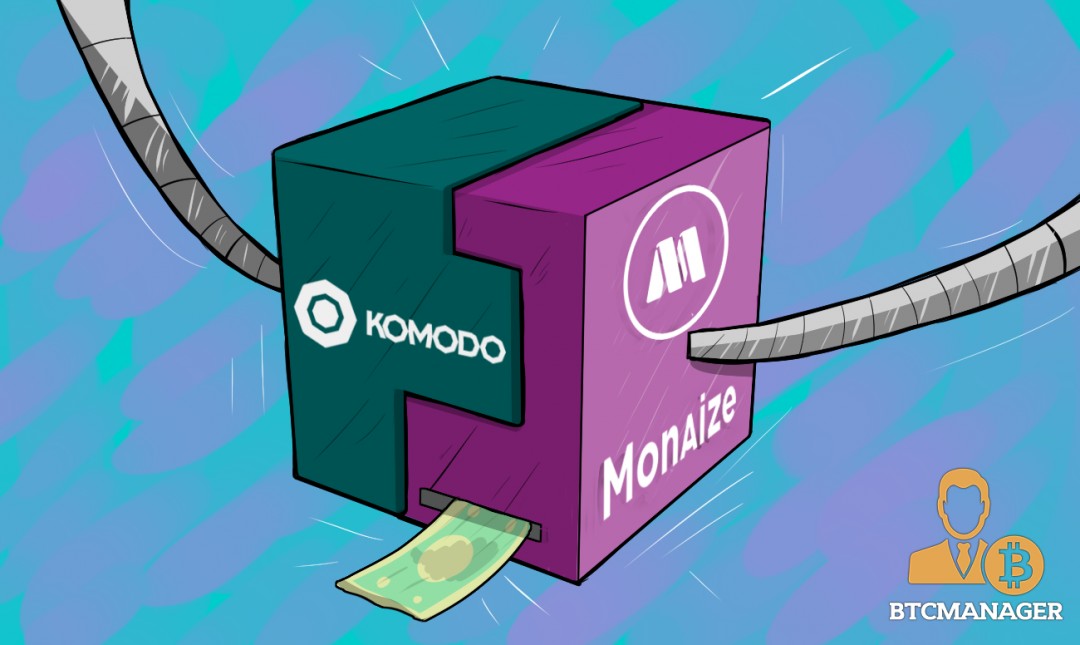 Komodo, a privacy-oriented blockchain network with the 34th largest cryptocurrency, has partnered with Monaize to offer blockchain services on a banking platform. Monaize, an e-banking platform, will use Komodo as a gateway to blockchain technology and will be the first banking service in the UK to provide blockchain based products and services for their client base. The collaboration comes at a time when the KMD cryptocurrency is gaining in value and receiving wider attention; during September, the altcoin scaled to new highs near $3.50.

Monaize outlined the mission of the partnership in a recent blog post:

“Our mission is to push the boundaries in innovation through a long-term partnership with the Komodo Platform. Our joint vision is to bridge banking and blockchain, and to help cryptocurrencies achieve mainstream adoption.”

The Komodo Platform was chosen due to the team’s dedication, innovative track record, and because of the synergies between the two companies.

Komodo is part of the SuperNet ecosystem, a collection of decentralized cryptocurrency projects. The ICO by Monaize on the Komodo platform will run on another SuperNet product called BarterDEX, Komodo platform’s atomic swap exchange. Together, Komodo and Monaize will introduce to the world the concept of decentralized Initial Coin Offerings (or dICO’s for short).

Komodo side chains that are interoperable with all Komodo Platform features but have some independence. It has the capacity to leave the parent-chain at any time, unlike their ERC20 counterparts. They can be used as cryptocurrency tokens, key value storage, and to build blockchain dAPPS.

One of the key advantages of a dICO is the financial privacy it offers. By using JUMBLR, you can create private KMD to use as you deem. Now, let us envision a barterDEX orderbook full of the ICO’s utxos. You can use barterDEX to barter your private KMD utxos for the ICO’s. It is a direct swap without anybody in between. There can be no money transmitter issues if it is your private KMD being swapped directly. Now you converted your private KMD into a private amount of the ICO in a totally private address. Nobody knows this happened except you. This is true financial freedom.

Monaize will create their token, MNZ, on the Komodo platform and will even gain access to the open source Zcash’s technology implemented for additional privacy. The dICO will also be novel in that ‘atomic cross-chain swaps’ will be used to distributed tokens instead of relying on people to hold funds in escrow while transactions are verified. The process boasts greater security and convenience for customers.