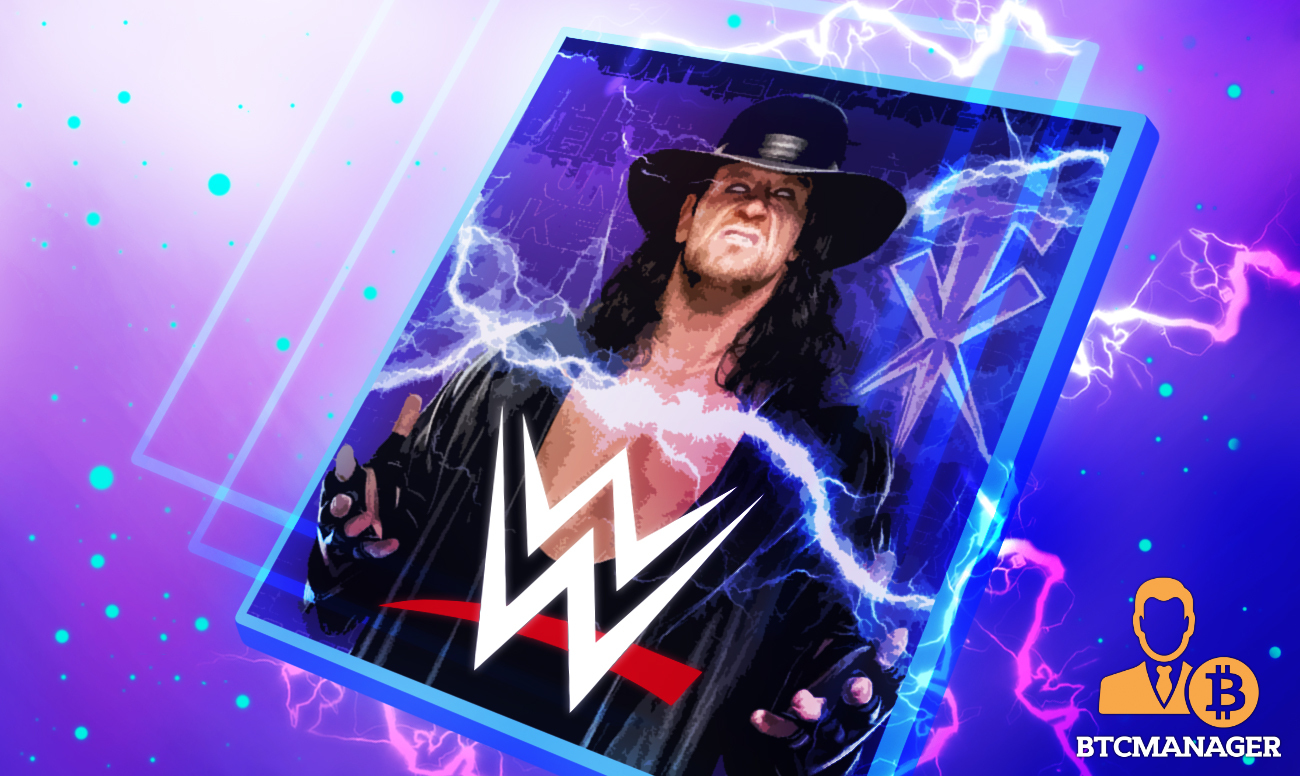 Professional wrestling and media company, the World Wrestling Foundation (WWE), has joined the non-fungible tokens (NFT) bandwagon, as the company is looking to launch its first-ever NFTs centered on the retired legendary wrestler, Mark William Calaway,  popularly known as The Undertaker.

The Undertaker NFTs to Launch Ahead of Wrestlemania

In a press release published on Thursday (April 8, 2021), the WWE announced that it would roll out The Undertaker NFTs, with the auction starting on 10:30 a.m. ET on April 10 and ending 11:30 p.m. ET on April 11. The auction comes ahead of the upcoming Wrestlemania event.

The Undertaker NFTs auction would come in four tiers, whi h include platinum, gold, silver, and bronze. The top bidders in all categories would get the unique NFTs that showcases The Undertaker’s career at the WWE.

The Gold tier which has a starting bid of $5,000, is also a one-of-a-kind token. Along with the unique The Undertaker NFT, the highest bidder would also receive a personalised video message from the wrestling legend, and a signed Championship Title Belt. They would also get a front-row seat for two “at a Monday Night Raw or Friday Night SmackDown of their choice in 2021 or 2022.”

Meanwhile, the Sliver and Bronze tiers would have a fixed price of $1,000 and $100 respectively. For the silver edition, there would be 37 tokens on sale, split between April 10 and 11. While the bronze category would feature two NFTs, with each token going live for 15 minutes on both auction days.

Meanwhile, the WWE has become the latest to join the NFT mania. Speaking on the company’s The Undertaker NFT collection, WWE President and Chief Revenue Officer, Nick Khan, said:

“WWE’s first-ever NFT collection presents an opportunity to own a digital piece of history featuring The Undertaker, one of the most iconic Superstars in sports entertainment. This will also allow WWE to deepen our connection with the WWE Universe during our biggest event, WrestleMania.”

Indeed, 2021 has been the year for NFTs, with different sectors hopping on the trending bandwagon. As previously reported by BTCManager back in March, mixed martial arts wrestler Khabib Nurmagomedov, released a collection of unique NFT cards. Similar to The Undertaker NFTs, the cards came in gold, platinum, and diamond.