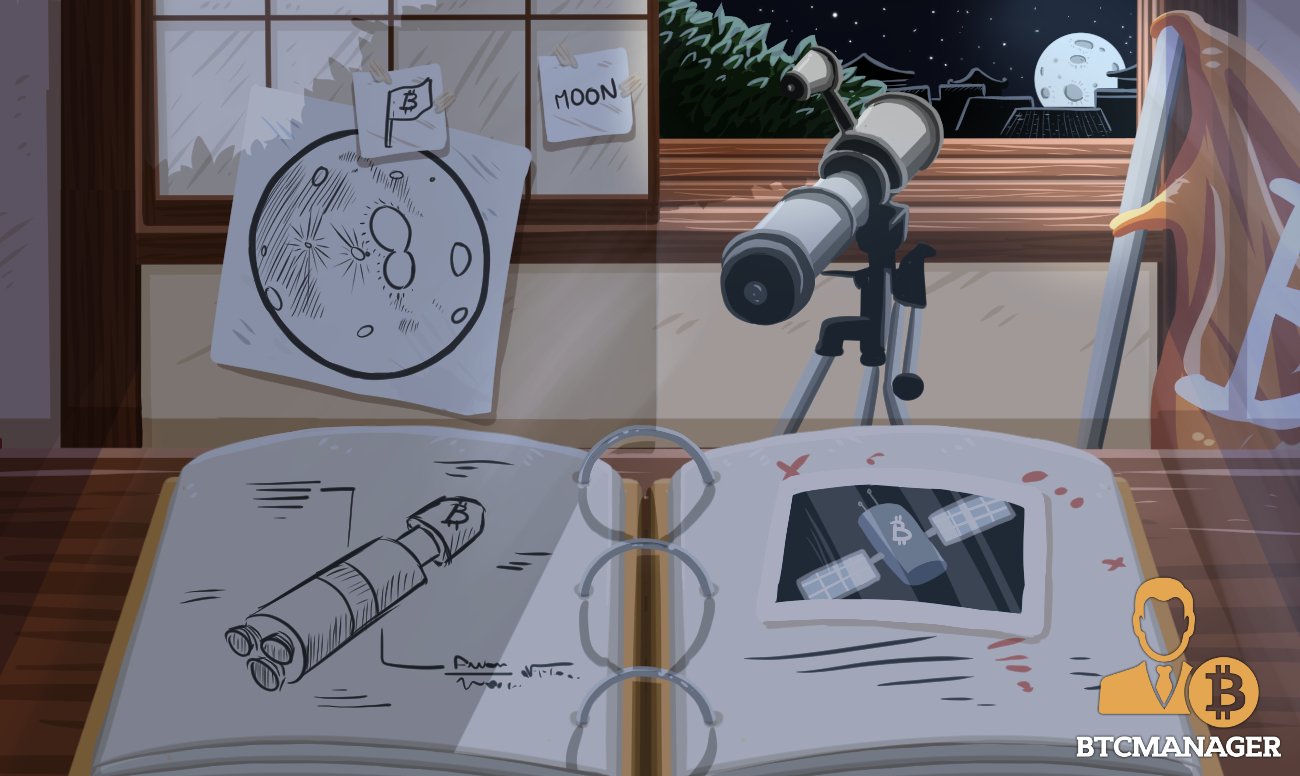 Bitcoin is set to witness a range of upgrades that will address its network’s challenges and potentially cement its leadership position as the world’s largest digital currency for decades to come.

The fifth part in our A Week of Satoshi series will provide insight into the planned improvements for the pioneer crypto network and how these upgrades may affect the digital currency going forward.

The Introduction of the Lightning Network

The Lightning Network mainnet beta was launched on March 15, 2018, as a response to the significant scalability challenges that the Bitcoin network had been facing. Created by Joseph Poon and Thaddeus Dryja, the Lightning Network protocol was published in a white paper in 2015.

The Lightning Network is an off-chain scaling solution for bitcoin. The protocol is based on a second layer built atop the original Bitcoin blockchain. The layers can communicate and facilitate the transfer of payments between each other.

The fact that transactions can be sent between the two layers is the reason why the Lightning Network is being implemented. The protocol works by allowing nodes on the network to temporarily create channels through which transfers from the other chain can be facilitated. These channels are under the control of both parties involved and are closed, and created, at the behest of the actors involved in the transaction.

As transfers on the two layers are interoperable, this results in faster transaction speeds as well as much lower costs. The nodes are also able to send units of bitcoin back and forth between each other. However, there are ways in which the scalability solution is contrary to the workings prescribed in the original Bitcoin network protocol.

The most important of these is the fact that Lightning Network transactions are recorded differently. On the Bitcoin network, every single operation, as well as its associated data, is currently registered on its public blockchain. With the relatively small block size of the Bitcoin network, it is easy to understand why the network fell victim to sluggish speeds as its adoption grew.

The Lightning Network aims to remedy this by greatly reducing the amount of data that is recorded. The LN only records the initial and final balances of a channel. Once both parties deposit their bitcoin in the address associated with the channel, the protocol records this amount. The parties privy to the channel can transfer bitcoin an unlimited amount of times to each other. The final amount is recorded once the channel is closed.

The Lightning Network allows the Bitcoin network to increase capacity while still maintaining security and the integrity of the world’s leading digital currency. Additionally, the main chain can be called in to ascertain any values in the case of conflict between channel members. The Lightning Network is considered an excellent option for bitcoin adoption especially for businesses who handle a high volume of small payments daily.

The number of nodes on the mainnet had already surpassed that of the testnet. Following the full release of its Beta platform, the Lightning Network saw a significant increase in nodes on the protocol. Needing less than two weeks to surpass the number of nodes on its previously released testnet, the speed at which the community responded signals a certain level of necessity and belief in the protocol.

Increasing Popularity and its Side Effects

The protocol continues to attract all kinds of attention as the number of nodes and its capacity increases. However, not all of it has been positive.

Earlier in the year, Diar conducted research and published its opinion that the LN was unable to handle large transaction volumes. It further added that the protocol unnecessarily introduced more levels of complexity to the bitcoin network.

Additionally, Emin Gün Sirer, a Cornell University computer science professor, reiterated this negative opinion about the LN, stating “amounts of Lightning Network routes has grown ten times in the past five months, but the probability of successful routing has not increased at all.”

As the discourse on the matter intensified online, Olaoluwa Osuntokun, Lightning Labs co-founder and chief technology officer, called out Diar’s research methods. He took aim at the publication, explaining that they focused on irrelevant data points to prove a point. Osuntokun stated:

“On what I can find with respect to the methodology used to generate these metrics, [the] model itself is flawed and produces flawed metrics. When one takes into account how Lightning Network works, this is akin to saying ’the probability of room that fits ten people may fit 50 people is 0 percent.’”

The LN protocol also has its supporters, especially from those who believe the entirety of the digital currency sector needs to focus on sound infrastructure before embarking on further projects. Speaking to Forbes, Jack Mallers, a Zap Wallet developer, explained:

“This release is a step forward for the network itself. What I mean by that is: Before all the apps, we need to build a healthy network that has liquidity, reliability, high-uptime nodes, healthy channels, etc. We need to onboard an entire industry onto a new layer and build a healthy topology. This release kinda marks the ‘start’ so to speak.”

Lightning Network collaborated with payment processing startup CoinGate to increase merchant adoption for the scalability solution. The partnership with CoinGate came with 4,000 merchants from high-end brands such as Chronoswiss and Louis Chevrolet to online services like Mmoga.com and Bitlaunch. Moreover, in July 2018, CoinGate and the Lightning Network initiated a beta test in which they boarded 100 stores worldwide. The test produced desirable results with no reported errors as yet.

As more developers begin to work on creating Lightning Network-compatible products and services, there is continuing speculation about whether the adoption of the Lightning Network will lead to an increase in bitcoin adoption as well as the cryptocurrency’s value.

Announcing a new product (and team!) we've been building in secret – the Casa Lightning Node!https://t.co/kRU5ppPJO6

There is a universally accepted consensus that an increase in consumer and merchant adoption of a digital currency is directly proportional to a rise in its value. If the Lightning Network succeeds in bringing larger businesses to the bitcoin network, then there are good times ahead for all bitcoin holders and investors.

Additionally, for bitcoin to make a move from a popular disruptor and cement its position as a universally respected currency, an increase in merchant and consumer adoption is paramount.

The protocol was initially devised by Blockstream developers in 2014 and was published in a white paper under the name “Enabling Blockchain Innovations with Pegged Sidechains.” In the following years, the blockchain company focused on the ideas put forth and developed the first viable sidechain for the Bitcoin network.

In this way, the Liquid Network aims to reduce the inter-settlement lag times. Blockstream developed the sidechain to function in the context of exchanges.

“The Liquid Network was built specifically to address the particular needs of exchanges and enables the rapid, confidential and secure transfer of funds between participants, providing a solution to the inherent problem of delayed transaction finality on the Bitcoin network.”

Because a group provides consensus on the Liquid Network, it calls a “Strong Federation of trusted functionaries,” settlements are much faster, and final states are reached in a more timely manner. Additionally, all transactions on the Liquid Network are feeless due to the consensus architecture of the protocol. The platform also supports tokenized assets due to its one-to-one peg. Moreover, it is possible to obscure the amounts transferred in a payment providing a greater level of privacy and confidentiality.

The Liquid Network generated its first block on September 27, 2018, with support from 23 stakeholders who will also serve as the federation keeping the network secure. If the Liquid Network delivers on its potential, it will be interesting to see how fast, feeless payments will affect the value and adoption of the digital currency.

With its genesis block, RSK launched its mainnet beta release on January 5, 2018. The iteration is called Bamboo and aims to facilitate the addition of smart contracts to the Bitcoin network. Moreover, the protocol also promises fast settlement times as well as increased scalability.

While RSK has come under fire for lack of foresight concerning scalability challenges in future, the protocol has received support from the mining community due to the fact that it is designed to support merge mining. RSK Labs co-founder, Gabriel Kurman, recently announced that one in ten bitcoin miners also support the RSK sidechain.

While working on addressing the scalability challenges should more users join the RSK network, the startup is also working on other solutions designed to increase the Bitcoin network’s speed. Kurman explained:

“Before the end of the year, we hope to launch the Lumino network, which will allow for 20,000 transactions per second.”

If RSK succeeds and can bring smart contract functionality to the Bitcoin network stably and securely, it is very likely that the value of the digital currency will skyrocket. It will also be interesting to see how Ethereum performs on the market if smart contracts become available on the Bitcoin network as more developers are likely to relocate to Bitcoin as it has the more trusted and robust codebase.

Bitcoin as an asset class has witnessed an increase in interest from institutional investors in the past 12 to 18 months. Speaking to Bloomberg, Bobby Cho stated that the company had seen a significant uptake in high net worth individuals and funds purchasing bitcoin over-the-counter (OTC).

Cho, who works as the global head of trading at Cumberland, the Chicago-based cryptocurrency trading unit of DRW Holding, believes this heralds a new age for the cryptocurrency sector. Cho said:

“What that’s showing you is the professionalization that’s happening across the board in this space. The Wild West days of crypto are really turning the corner.”

Additionally, a report from Grayscale, a provider of digital currency investment trusts, published in July 2018 points to continued investment in the cryptocurrency market from institutional investors. This has been confirmed by recent statements made by Morgan Stanley and Fidelity Investments.

The future for Bitcoin is set to be interesting as various groups are working to better the underlying software of the network. Moreover, as more merchants and investors interact with the digital currency, it is likely that the value of the digital currency will continue to rise as adoption grows.

Despite its challenges, bitcoin is well-positioned to withstand the wave of altcoins attempting to dethrone it as the number one digital currency in the world thanks to its large community of developers who want to see Bitcoin succeed.