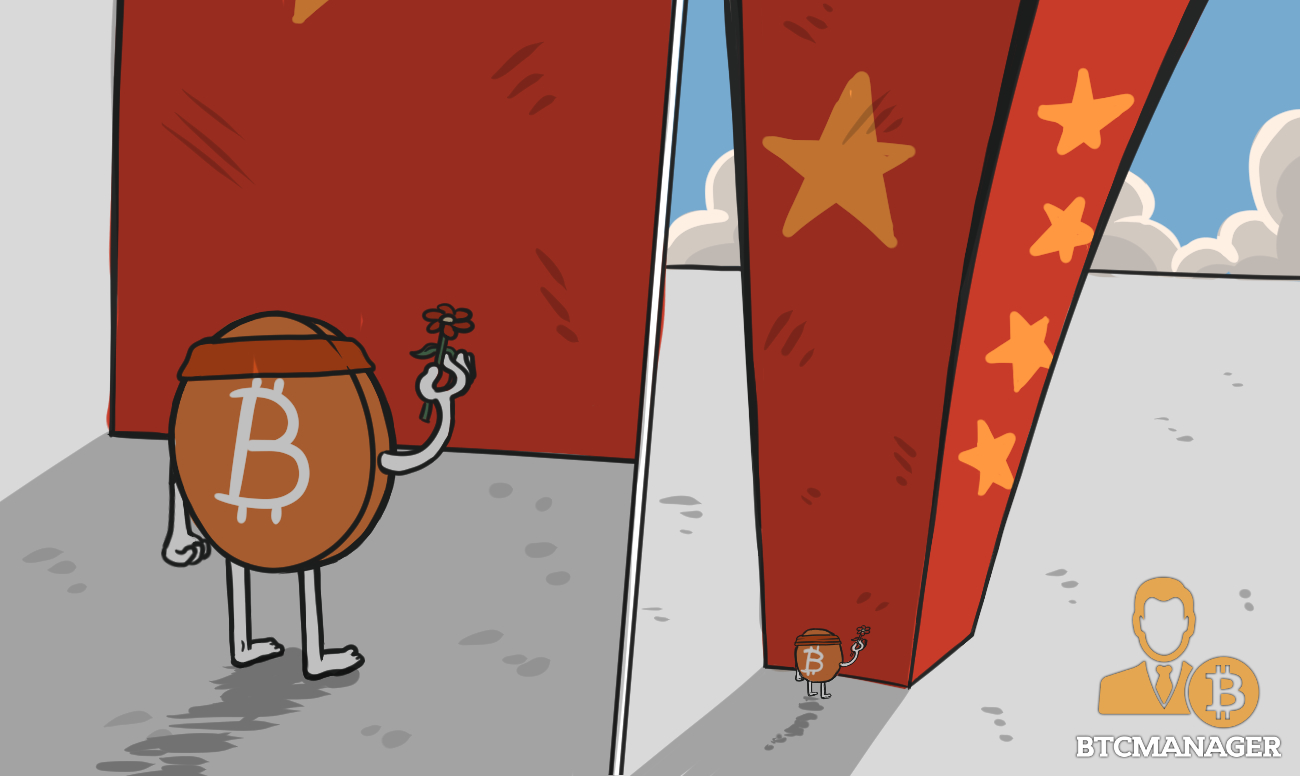 The price of bitcoin remained firm this week, gaining about half a percent, versus last week’s close amidst low volatility despite news out of China that suggests that the People’ Republic’s central bank’s stance towards digital currencies will not turn positive again anytime soon.

China’s central bank has reportedly reiterated its warning on the use of cryptocurrencies through a newly issued paper.

The report, written by central bank analyst Zou Chuanwei and Xu Zhong, director of the Research Bureau of the People’s Republic of China, stated: “Speculation, market manipulation, and even violations of laws and regulations are common, especially for token projects involving public offering transactions.”

Despite this news, the price of bitcoin stayed unaffected and continued to trade in a $100 range around the $6,400 mark.

In the altcoin market, the big story is the upcoming bitcoin cash (BCH) fork that will likely see BCH split into two coins, one backed by Roger Ver and Bitmain, running Bitcoin ABC, and the other supported by Craig S. Wright and Coingeek, running Bitcoin SV.

Ver announced in a video on YouTube that Craig S. Wright has threatened to use “his” hashing power to fight the opposing coin, should a split take place, which will make November 15, 2018, an exciting event, not only for the BCH community but also for the broader community as this way turn into the most contested fork the industry has ever seen.

Week-on-week, the price of bitcoin cash (BCH) has dropped by around eight percent, as economic support for BSV started to grow over the weekend ahead of the fork.

Bitcoin traders and investors were in for a record-setting month after the pioneer cryptocurrency registered its lowest-ever price volatility since inception, reported MarketWatch on November 5, 2018.

Historically, the digital asset has been known to fluctuate by double-digit percentages, but observers witnessed only minor price movements in late-October 2018. The narrow trading range saw bitcoin hovering around the $6,300 to $6,400 mark in the trading sessions from October 20, to November 2, 2018.

The famed bitcoin futures product, denoted by XBT and offered by the likes of CBOE, CME, and BitMEX, saw tumbling volumes as institutional and accredited investors shy away from the derivative offering. Kevin Davitt, the senior instructor at the CBOE Global Markets, wrote: “The week ending [on October 26] was the least volatile since futures were introduced nearly a year ago. Furthermore, the average weekly [volatility] for XBT futures in October was around 6.6 percent, which is way below the average of 15.65 percent since inception.”

The NZDT was initially launched last year but was stopped following regulatory concerns. However, Cryptopia is planning to reintroduce the financial product. The news was received with enthusiasm from the country’s cryptocurrency community.

Cryptopia is in the process of finalizing its preparations to relaunch the popular stable coin. Company officials have revealed that the marketplace has engaged a smaller bank to provide operational support and aims to resurrect the NZDT in the first quarter of 2019.

Moreover, according to Lyness, Cryptopia has been carrying out conversations with the government that indicate a thawing of sentiments towards the cryptocurrency market. The authorities are showing curiosity towards the sector and how it can positively spur on growth.

The upcoming Bitcoin Cash (BCH) fork is due on November 15, 2018, and two competing development teams are proposing two different consensus protocols to become the next implemented fork. In the scenario, Poloniex opted for a neutral position and announced that it was opening trading for both tokens before the fork is implemented.

According to the announcement, the exchange has allowed pre-fork trading from November 7, 2018. Subsequently, Poloniex will move forward with the winning protocol once the fork is complete. Until then, the exchange will enable trading for the following pairs: BCHSV/USDC, BCHABC/USDC, BCHSV/BTC, and BCHABC/BTC.

The exchange is also opening a BCH/USDC market so that users can convert bitcoin cash into BCHABC and BCHSV and vice-versa to withdraw funds. Customers are allowed to trade, but cannot withdraw BCHABC and BCHSV before the fork is implemented.

Poloniex offers a conversion tool which can be found in the upper right-hand corner of the exchange’s trading platform. The pre-fork trading started on November 7 and will continue till November 15, when the exchange will pause all BCH deposits and withdrawals at 14:00 UTC.

Blockstream launched the Liquid Network on October 10, 2018, as the world’s first production Bitcoin sidechain. Now Blockstream has announced its Liquid full node binary and source code was ready and made available to all users. With this release, any user can now operate a full node in the P2P Liquid Network enabling them to trustlessly self-validate the chain.

The release includes new utilities that enable the issuance, trade, and management of Liquid Assets and a wallet to manage the sidechain utility token L-BTC. This is made possible by the release of Liquid full node liquid and liquid-cli command-line utilities with complete wallet support. Liquid-cli, users can use the Liquid Network to, Issue Assets, send and receive Liquid Issued Assets, send and receive Liquid BTC (L-BTC) and Display various information on the state of the Liquid chain.

The development team is also working on further Liquid releases from GreenAddress for GUI wallet support, and hardware wallet support for Liquid Assets from Trezor and Ledger, which will be announced in the future.

In each of these segments, the report contains critical data, links, tables, charts, and other forms of visual communication. Binance Research has already published two reports. These include the Loom Network, a scaling solution for Ethereum, and GoChain, a scalable decentralized blockchain that supports smart contracts. A report on PundiX, a hardware and software platform that enables physical payments in cryptocurrency form will be coming soon.

On November 8, 2018, the SEC announced the conclusion of an investigation into the digital token trading platform EtherDelta. According to the financial authority, EtherDelta failed to register as a national securities exchange despite offering the buying and selling of security-like assets on a secondary market.

Founder Zachary Coburn neither affirmed nor denied the claims and has settled for a $75,000 penalty, $300,000 disgorgement, and $13,000 in prejudgment interest. Coburn’s cooperation in the matter was taken into consideration before the sanctions were given. The SEC identified EtherDelta’s unregistered exchange of securities as the principal offense.

The platform has reportedly relayed over 3.6 million orders since the platform’s inception in July 2016 and December 2017. The majority of these exchanges included the buying and selling of ERC20 tokens, which underpin the makeup of the majority of tokens used in initial coin offerings (ICOs). Other tokens, such as DAO tokens and what the SEC considers digital securities, were also traded on the platform.

A report from the Bank for International Settlements titled “Money and payment systems in the digital age,” published November 1, 2018, suggests that leading cryptocurrencies such as bitcoin, ether, and stablecoin tether do not serve the primary functions of money, and are, therefore, a poor store of value.

The report highlights that digital currencies have not yet reached a critical mass level and are unlikely to do so in the future. The report mentions the reasons why cryptocurrencies could fail to become the future of money. The most notable being their lack of scalability and high cost. Published earlier this year, BIS’s Annual Economic Report stated that the costs associated with mining and computing cryptocurrencies could spell a disaster for the global climate.

Concluding the pieces of evidence collected at the time of reporting, BIS posits that digital currencies suffer from inherent limitations which could stunt their efficiency and scalability