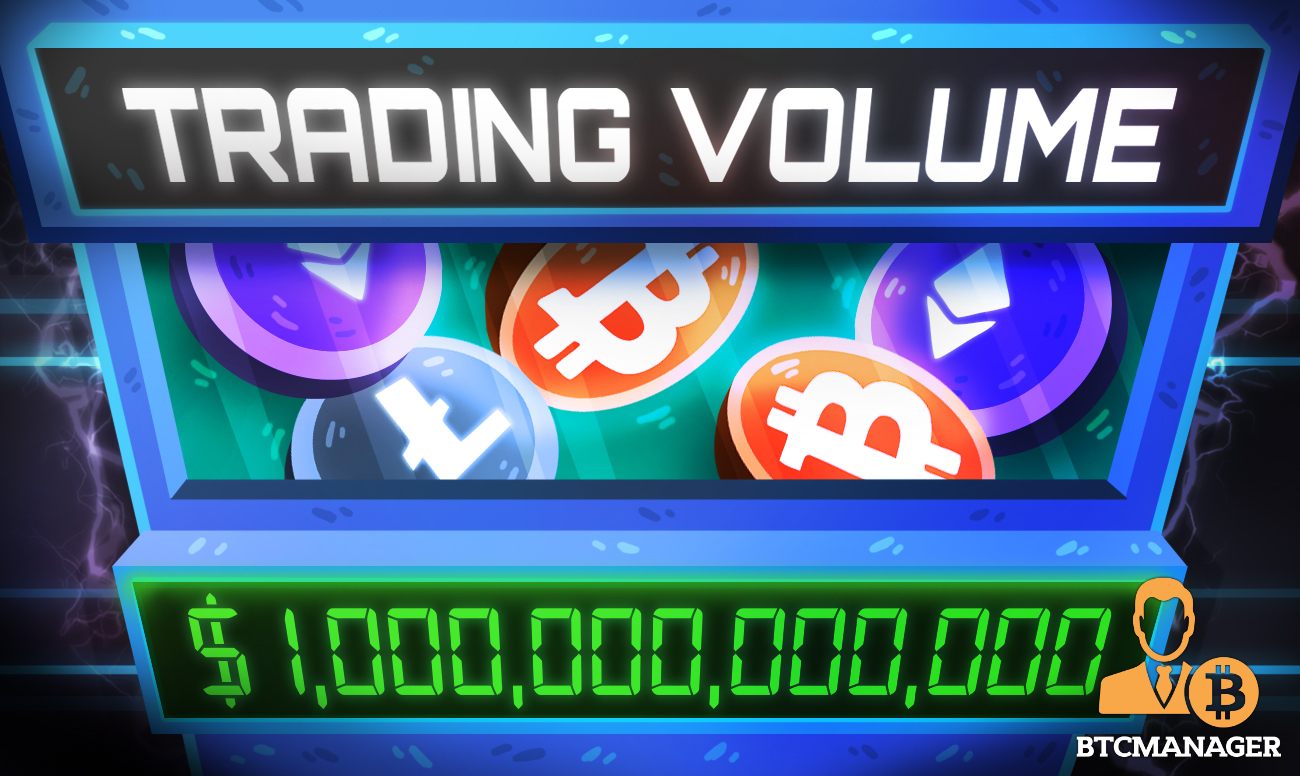 The cumulative monthly trading volumes in all centralized cryptocurrency exchanges breached $1 trillion for the first time in February 2021, the Block Research on Feb 27 reveals.

Binance, Coinbase, and Kraken are Dominant, Contribute over 80% of Trading Volumes

At over $1.05 trillion, February’s monthly volumes were higher than January’s by roughly 16 percent.

The majority of trading was from Binance—the largest exchange by user base, accounting for around 66 percent. Other slots were taken by Coinbase and Kraken, contributing 10.6 percent and 5.3 percent, respectively.

Centralized cryptocurrency exchanges are custodial in nature, with most supporting fiat-to-crypto trading.

The most popular, including Binance and Coinbase, are highly liquid, attracting billions in average daily trading volumes.

At the same time, because of their fiat support, they have been attractive to new users seeking crypto exposure in a means of diversification or immersing themselves, experimenting with crypto.

Binance Processed over $667 Billion in February 2021

From the list, it is clear that Binance’s efforts are paying off.

With branches across the world, the platform has evolved to be the largest offering spot and derivatives trading platform with tools suitable for both new and professional traders.

Besides, their headquarters outside of the United States gives it an advantage. For instance, it can list various digital assets, some of which won’t find support from Coinbase, Kraken, or Japanese CoinCheck due to stringent local laws.

However, they are circumventing this legal challenge by launching compliant, country-specific exchanges to cater to their users while supporting fiat.

Outside of trading, Binance has the lion’s share of trading volumes due to its ecosystem.

For instance, the launchpad aids companies to raise funds and subsequently list either at Binance or Binance DEX. They also have centralized finance (CeFi) services, aggressively trying to inter-link with Binance smart Chain (BSC)-based DeFi dApps.

On the other hand, Coinbase and Kraken are compliant with regulators, supporting fiat.

Coinbase—the largest exchange in the United States, plans to go public via a direct listing at NASDAQ. Since its launch, it has transacted over $456 billion to-date.

As BTCManager reported, it submitted its S-1 form with the United States Securities and Exchange Commission (SEC) in late 2021.