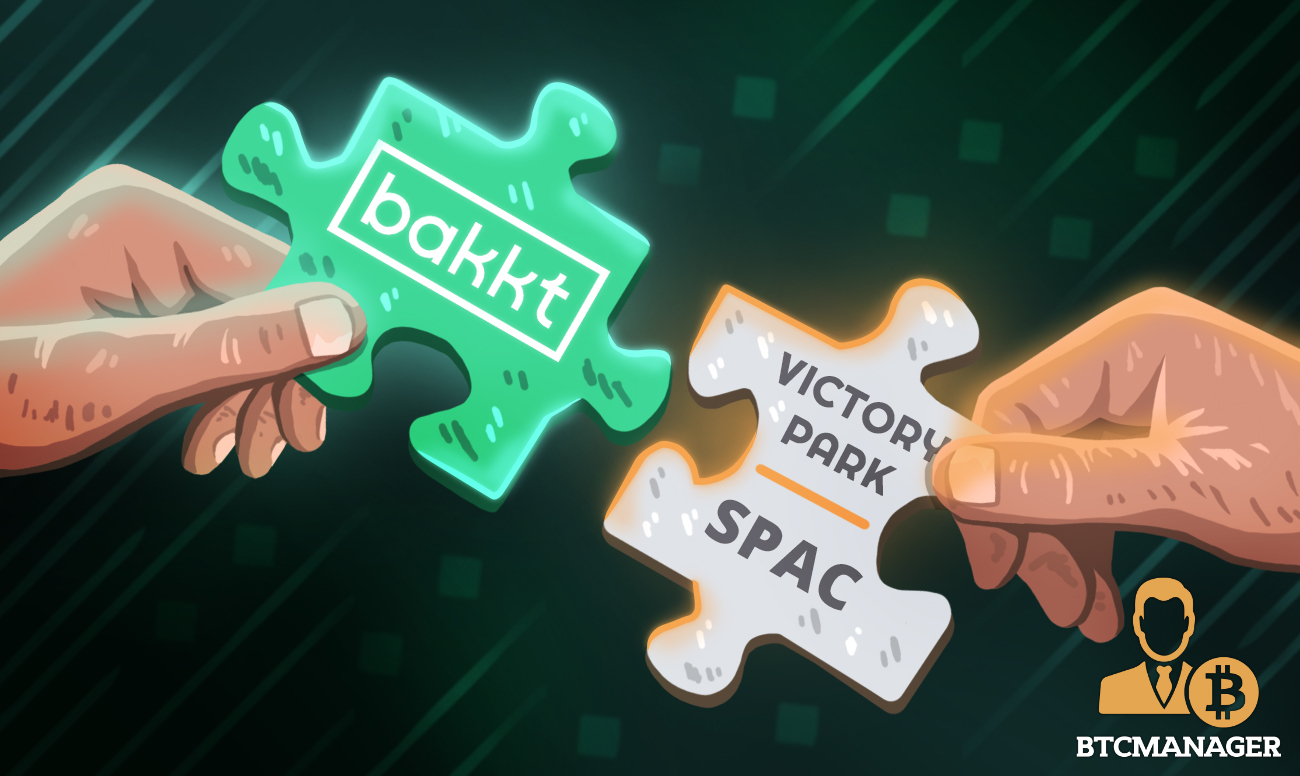 Bakkt, the crypto derivatives platform launched by Intercontinental Exchange (ICE) Inc. could be going public via a $2 billion merger. The news puts Bakkt among a growing list of cryptocurrency participants looking to go public as the industry becomes even more popular with the total spot market capitalization recently crossing the $1 trillion mark.

According to Bloomberg, Bakkt is in talks with VPC Impact Acquisition Holdings, a special purpose acquisition company (SPAC). Inside sources say Bakkt and the blank-check firm are looking to engineer a $2 billion merger that would take the crypto derivatives firm public.

Back in Sept. 2020, VPC raised $200 million from its initial public offering (IPO). At the time, VPC CEO John Martin remarked that the firm’s value creation strategy was focused on the expanding fintech sector. SPAC firms or blank-check firms are developmental outfits established with the sole purpose of merging with another organization.

Bloomberg sources say an official announcement could become public later in January. Back in 2020, the company finalized a few acquisitions following the launch of its physically-delivered Bitcoin (BTC) futures trading product.

Bakkt acquired loyalty programs provider Bridge2 Solutions as part of an expansion into the loyalty rewards arena. In May 2020, Bakkt launched its Bitcoin App and partnered with Galaxy Digital to offer crypto trading and custodial services for its customers.

As previously reported by BTCManager, the company also completed a $300 million Series B funding round led by Microsoft’s M12 and Panthera Capital. At the time, the ICE-owned firm was looking to unlock more than $1 trillion in digital assets.

Despite initial enthusiasm about its physically-settled BTC futures product, the company’s trading volume has failed to reach the heights of other providers like the CME and OKEx. The situation is also the same in the options arena where Deribit remains the major player.

As the industry grows, many major participants appear to be nursing ambitions of a public listing. Indeed, mining companies like Canaan and Bitmain heralded the crypto public pivot but to muted success.

Recently, reports emerged that U.S. crypto exchange giant Coinbase might be looking to conduct an IPO. Back in Dec. 2020, BTCManager reported that Coinbase was consulting with Goldman Sachs for its public listing.

Grayscale, the largest crypto asset fund manager has already secured reporting status for its Bitcoin and Ether Trusts from the U.S. Securities and Exchange Commission.