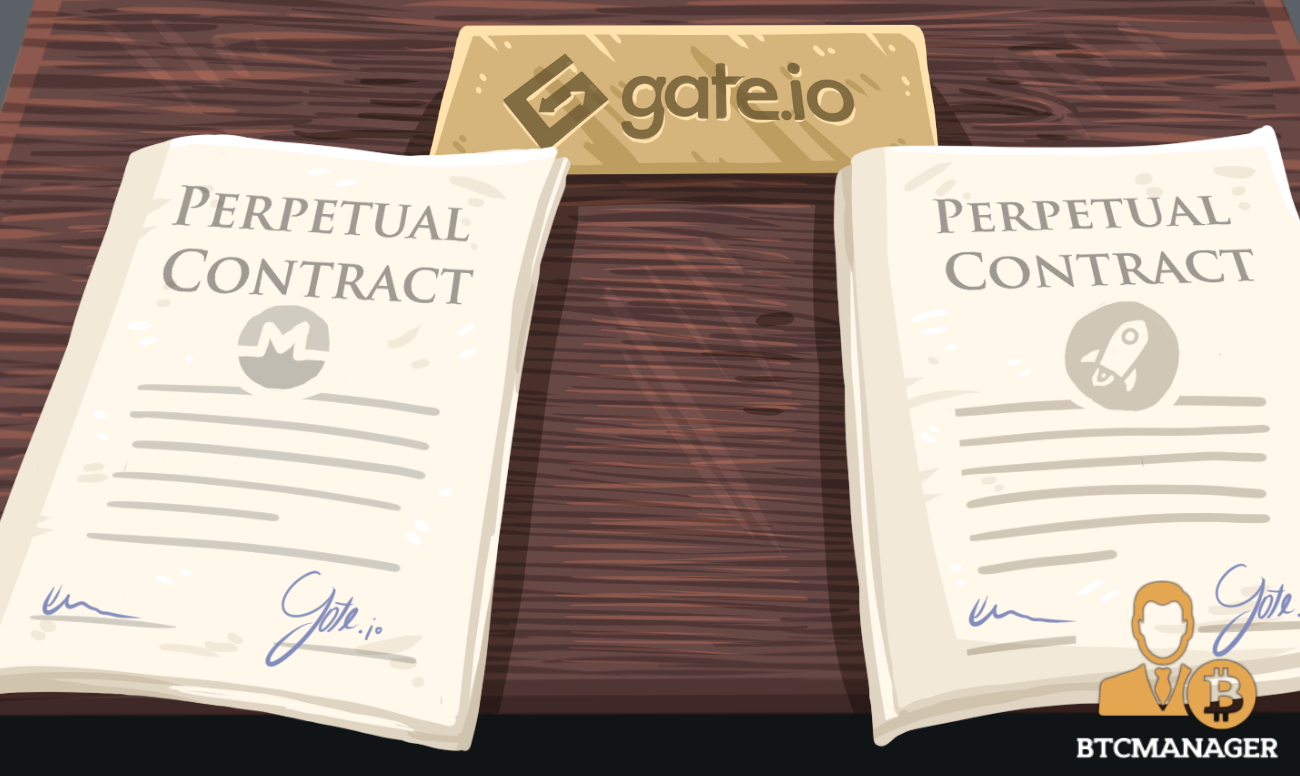 Many believe that institutional money will not flow into cryptocurrency markets until there are more adaptability and flexibility with the markets with regards to investment products such as futures contracts. Gate.io has recently added two new assets to its “perpetual contract trading,” Monero (XMR) and Stellar Lumens (XLM), on January 18, 2019.

The Financialization of Crypto

One of the reasons that the forex market is so massive is the fact that it allows for traders to go long or short on specific currencies, according to the sociopolitical climate or by using technical and/or fundamental analysis.

Obviously, it features BTC/USD perpetual contracts, as well as contracts for LTC/USD, XRP/USD, EOS/USD, and more. However, the maximum deposit for each investor is one BTC, although the exchange explained that this might be subject to change.

Specifically, the exchange stated: “It can be raised according to the market risk and the rank of the investor in the future.” One of the unique selling points of the perpetual contract is that there is no actual expiration date for the contract.

This is indeed the positive development for Gate.io, which was affected by the 51% attack of Ethereum Classic. In a strange development, a hacker actually returned some of the funds that they stole. Of course, any sort of security breach with respect to a cryptocurrency exchange can ultimately affect its reputation.

Gate.io commented on the attack and the resulting fact that the attacker returned some of the funds. The exchange elaborated that they had tried to establish communication with the attacker:

“On Jan.10, we found that the recent ETC 51% attacker returned 100k USD value of ETC back to Gate.io. We were trying to contact the attacker but we haven’t got any reply until now. We still don’t know the reason. If the attacker didn’t run it for profit, he might be a white hacker who wanted to remind people the risks in blockchain consensus and hashing power security.”

Gate.io is not the only exchange that launched a product like this, as Malta-based digital asset exchange Okex launched a perpetual swap product in December 2018. For the uninitiated, Malta has earned the title of “Blockchain Island” due to its hearty embrace of blockchain technology and cryptocurrency, with the Malta prime minister being vocal about his support for the sector. Time will tell whether volume at the two exchanges will increase significantly as a result of the products being offered.

Monero recently made headlines for being added as a payment option for the Fortnite merchandise store. For those that are unaware, Fortnite is one of the most popular video games in the world, recently reaching the milestone of boasting 200 million players. Apparently, however, Fortnite developers explained that this was an accident.