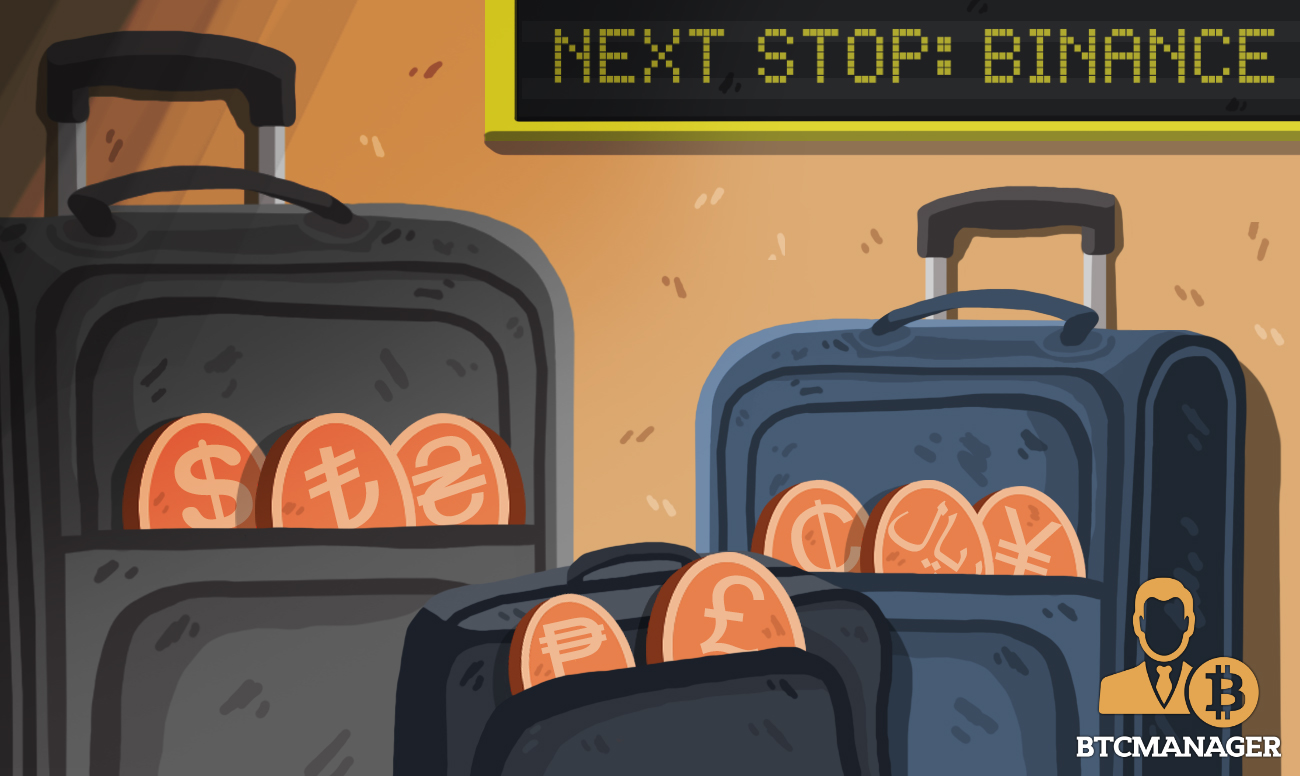 At the Binance super meetup in Singapore, Changpeng Zhao, CEO of Binance, announced his goal for the next six to nine months would be to onboard the remaining 180 fiat currencies to the exchange, as reported by Micky, November 13, 2019. The exchange has been on a spree of fiat listings with native support for five fiat currencies already live.

In his search for cryptocurrency dominance, Changpeng Zhao will stop at nothing to ensure Binance is the most robust retail crypto trading platform on the planet. In a bid to support this, the exchange plans to list fiat currencies at a faster rate than most exchanges list tokens.

Fiat support is a major hindrance to cryptocurrency investors across the globe. Stringent regulation and banking bans in certain countries have rendered the on-ramps from fiat to crypto incredibly difficult to build. Even in the face of these regulatory obstacles, Binance remains resilient by finding loopholes to the system.

Supplementing Zhao’s quest for supremacy is his desire to drastically improve the state of customer service. Zhao told the audience that certain exchanges had massive customer support backlogs exceeding tens of thousands of tickets. When Binance entered the market, they promised their customers a response within 24 hours, and his latest promise is to soon reduce that to one hour.

Joining him on stage was Phil Chen, Chief Decentralization Officer at HTC, who unveiled the HTC Exodus One Binance edition. Zhao and Chen both agreed that their visions for borderless finance are similar and a partnership of this nature only makes sense.

Prepping for the Future

From lending to staking to worldwide fiat support, Binance is setting the standard for the seamless onboarding of new customers.

Exchange volumes and sign-ups tend to be fanatic during bull markets as a huge rush of users swarm to exchanges. Back in 2017, Binance had to halt fresh sign-ups to the exchange and users were selling their accounts for as high as one bitcoin ($10,000-19,000).

All of the major exchanges would be strengthening their tech stacks in anticipation of this so they don’t have to lose out on that sweet, sweet revenue.

Binance is building in the additional capacity to attract a wide range of users through widespread fiat support.