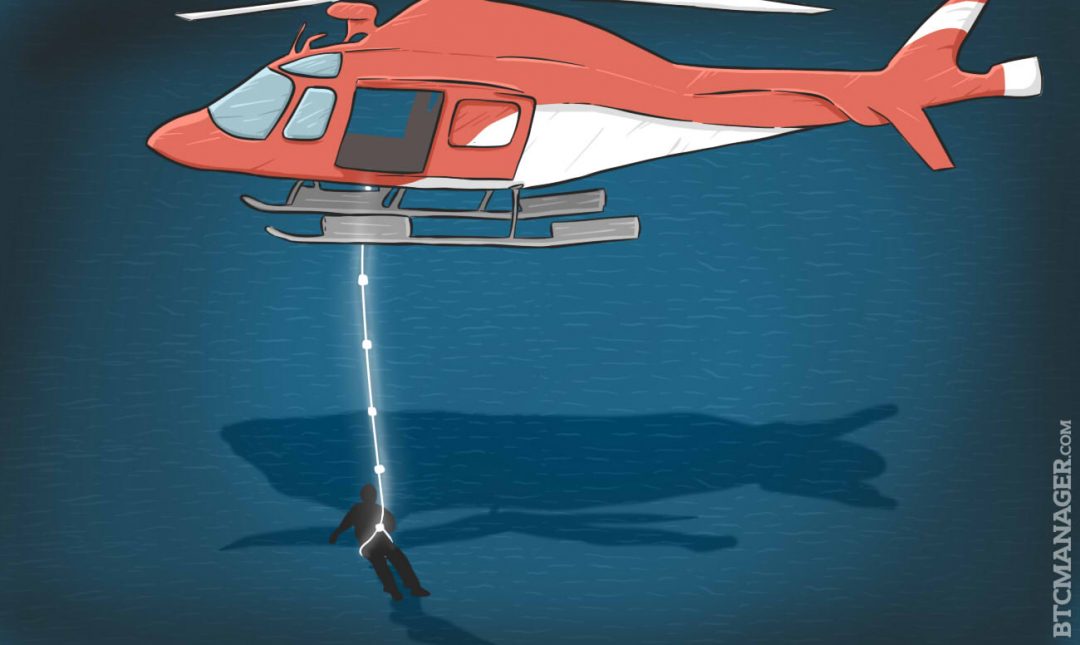 It has now become widely accepted that the distributed ledger technology that underlies the cryptocurrency bitcoin will play a significant role in disrupting the majority of commercial and non-commercial industries in the years to come. Blockchain technology allows for the secure storage and transfer of data and digital assets through the use of an immutable decentralized network in a transparent and efficient manner.

Startups have highlighted a wide range of blockchain use cases through their work on solutions in various industries, ranging from financial services, the music industry, land title registration, and cloud computing to cyber security, supply chain management, healthcare, e-voting and the philanthropy sector.

Disaster relief is identified as a new area where the blockchain could be put implemented to reduce inefficiencies to streamline a vital process better.

How the Blockchain can Help Disaster Relief Organizations

Disaster relief and aid spending have increasingly come under scrutiny in recent years as stories emerged where aid payments were not received by the intended recipients and were instead “lost along the way.” These incidents, of course, call for further layers of checks and balances to a system that is already burdened with a lot of bureaucracy and red tape.

However, by building a disaster relief and aid spending system on top of blockchain technology, much of the bureaucracy and red tape can be reduced, while at the same time the level of transparency, speed and efficiency would increase substantially. Using the blockchain, all aid payments could be processed in a very fast and efficient manner and, above all, this allows the tracking of payments to the intended recipient in a transparent manner.

To test the use of the distributed ledger technology for humanitarian aid payments, the Start Fund, a UK-based rapid response operation run by 42 aid agencies within the Start Network, launched a pilot program in 2016. The program saw cooperation with the blockchain startup ConsenSys to allow the network’s NGO members to gain faster access to aid payments to respond to crises. Built on top of the Ethereum blockchain, the pilot enabled for transparent and efficient transfer of funds but also for the use of smart contract applications.

Since the launch of the Start Fund in 2014, it has been activated 90 times and has reached over five million people in 49 countries. However, despite being a rapid response organization, the required funding to get much-needed on-the-ground work going in crisis areas often takes very long to arrive. For example, the UN’s central emergency response funds currently take an average of 90 days to reach on-the-ground NGOs, while the Start Fund is able to disburse funds within 72 hours of being alerted making it the fastest emergency response fund in the world.

“This is a hugely important project. The Start Network seeks to shift power dynamics and incentive structures to create a more efficient, accountable, transparent and legitimate humanitarian system. This technology could potentially support the transformation needed in humanitarian response, to ensure that we can connect people in crisis to the best possible solutions.”

While the founder of blockchain startup ConsenSys, Joseph Lubin, said:

“The Start Network does outstanding humanitarian work, and ConsenSys is proud to partner with the Start Fund to provide governance in fund allocation.” He further added that “this pilot values transparency and democratic principles; making a partnership with the empowering, open and secure Ethereum technology a natural fit.”

Blockchain to Increase the Speed of Fund Disbursement

Although Start Fund provides rapid transfer of funds, its processes could see improvement by building their system on top of the blockchain. At this point in time, the administrative process required before the disbursement of funds is still taking too long. Exchanging contracts, letters and other required paperwork takes several hours that can make a difference when reduced to minutes for those in dire need of the funds.

This bureaucracy is where the blockchain’s smart contract feature could play a pivotal role. The long-term idea of blockchain implementation in emergency response funds disbursement is to base the payments on self-executing smart contracts that will make payments to NGOs, given certain predetermined criteria are met, in a decentralized manner. Adoption of smart contract technologies could, therefore, reduce emergency response payment time from days to minutes, which, in turn, could end up saving lives in crisis areas.

The World Food Programme is also Trialing the Blockchain

The Start Network, however, is not the only aid organization that believes that blockchain technology could be used to reduce inefficiencies and, thereby, save lives in times of crisis.

Currently, the WFP’s ‘Building Blocks’ pilot program is testing the “core assumptions and the ability of blockchains to authenticate, record, and reconcile cash and food assistance transactions” in the Sindh province in rural Pakistan. Beneficiaries in the region received in-kind food and cash transfers, which were coded into the WFP’s public blockchain that recorded and authenticated the transactions to create trust between all parties involved in the process.

According to the WFP’s website, the pilot project in Pakistan was deemed a success and will, therefore, see an extension to other regions in Spring 2017.

While the blockchain is on its way to changing the status quo of many commercial industries, it is encouraging to see that this technology also being implemented in ways that it will have a real impact on people in need. Once disaster relief and aid payments run on a blockchain that will be globally accessible to NGOs, aid will arrive quicker in crisis regions and lives will be saved.