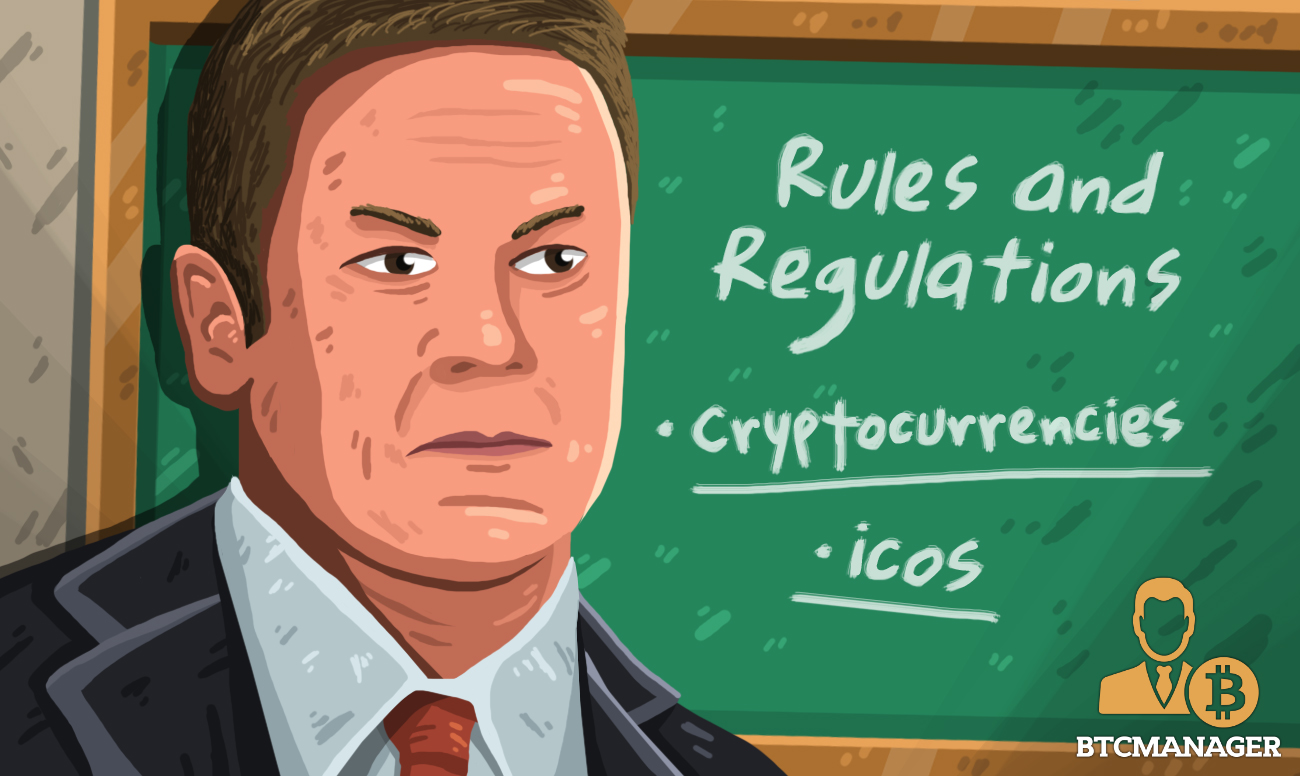 Warren Davidson, a U.S. Representative from Ohio recently announced a plan to introduce new regulations for the cryptocurrency and ICO industry via the Federal Government. According to Cleveland.com’s on December 3, 2018, Hamilton is hopeful that these potential regulations can help the financial sector grow.

There is currently unclear regulations when it comes to the US Federal Government’s rules on a company’s ability to raise money through ICOs. While the US Securities Exchange Commission (SEC) is cracking down on fraudulent ICOs, the lack of clarity on token sales is a significant hindrance to the future of finance and innovation.

On the 28 September 2018, U.S. Representatives Warren Davidson, Ted Budd, Tom Emmer, Darren Soto, and Ted Budd, along with 11 other co-signer requested for Chairman Clayton to clarify how the SEC is approaching the ICO industry.

“We believe the SEC could do more to clarify its position,” said the letter. “Additionally, we are concerned about the use of enforcement actions alone to clarify policy and believe that formal guidance may be an appropriate approach to clearing up legal uncertainties which are causing the environment for the development of innovative technologies in the United States to be unnecessarily fraught.”

SEC Uncertain On How to Classify ICOs

Many members in the cryptocurrency sector remain confused and are still questioning whether an ICO is a security offering. According to Axios, Jay Clayton mentioned in the past that ICOs are a form of fundraising that attempts to leverage the liquidity of public marketing from a public offering but lacks clear disclosures, seen in a private fundraiser.

On the other hand, William Hinman stated that “ether isn’t security,” an argument that stems from the fact that while Ethereum’s underlying network has reached a significant level of decentralization, it does not function like existing securities. SEC Commissioner Hester Pierce also agreed that she would also not declare all tokens as securities as they can change in status over time.

Despite the confusion, Davidson invited over 30 leaders in the ICO industry in September to discuss potential rules and guidelines for the industry. He invited many players from the industry from venture capital firms that are actively investing in cryptocurrencies like Andreessen Horowitz and Union Square Ventures, as well as cryptocurrency and traditional exchanges such as Kraken, Circle, Intercontinental Exchange, and Nasdaq. Other members include non-profits like Coin Center and other cryptocurrency and securities-related companies such as Ripple, CoinList, and Harbor.

While Davidson’s office is discussing potential regulations with the SEC, the Chairman’s position on the bill remains unclear. Davidson is however hopeful that the cryptocurrency industry will eventually have guidance and rules to support the growing ICO community. He announced his plans on Monday, December 3, 2018, at the Blockland Solutions Conference at Cleveland.